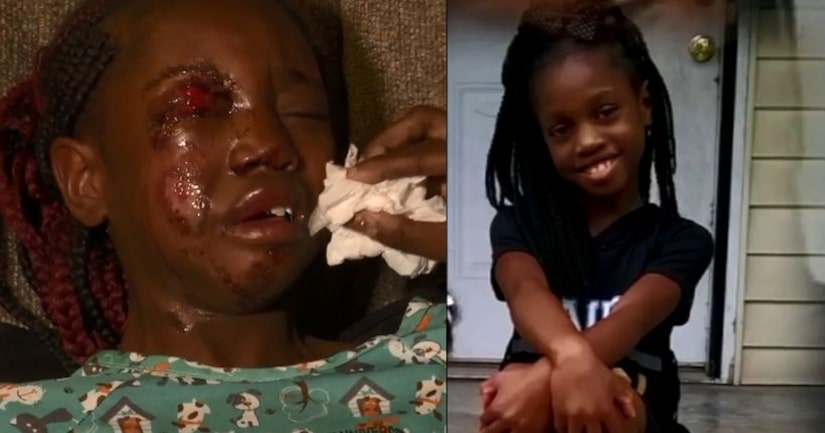 NASHVILLE -- (WZTV) -- A Nashville mother was full of gratitude this Mother's Day to have her daughter alive.

Lakeesha Readus says, a speeding vehicle ran over her 8-year-old daughter on Saturday in the Napier Area. The mother of two says, her daughter is left with serious injuries, including multiple face fractures.

Fox 17 News spoke with the family just minutes after they left the hospital today.

On Saturday, the family just got home from a fun day at the skating rink when it all came to a halt. Ja'Miyah Hailey was run over on Carroll Street in Sudekum Housing, according to her mother.

Readus says, "She shouldn't have been going so fast on this street, and I just want justice for my baby because she messed up her face. She's a child."

Ja'Miyah, who loves to dance, tells Fox 17 News that she was playing outside with her ball, when it rolled away...

Hailey says, "...That's when I ran across the street and she hit me."

"I heard a loud bang and me and my boyfriend we looked at each other and ran out the door and my baby was screaming, bloody. She was under their truck. She has scars everywhere, burns from the engine. She was trying to get to her mama the best way that she could...with one eye," says Readus, Ja'Miyah's mom.

The 8-year-old went to Vanderbilt Children's Hospital yesterday and was released late Sunday afternoon. While the driver...

"She was just driving by, she was speeding. She was going so fast. She's in jail right now, she didn't have any license, no insurance. She didn't have the proper things to be driving. This is how it's going to look," explains Readus.

Metro Nashville Police have charged Ladevia Hartsfield with driving on a suspended license in connections to the crash. The arrest affidavit states Hartsfield also did not have proof of insurance.

The beautiful and vibrant little girl suffered severe pain to her right side of her face and throughout her body, her mother tells us. Overnight in the hospital, Ja'Miyah received a journal and her mom was given Mother's Day gifts from staff members.

Readus explains, "Vanderbilt gave her a couple toys to make her smile and the first thing she wrote was: 'I wish this car didn't hit me.' I just wish all her pain would come to me. I just want justice that's it...and to put some speed bumps down for these people. "