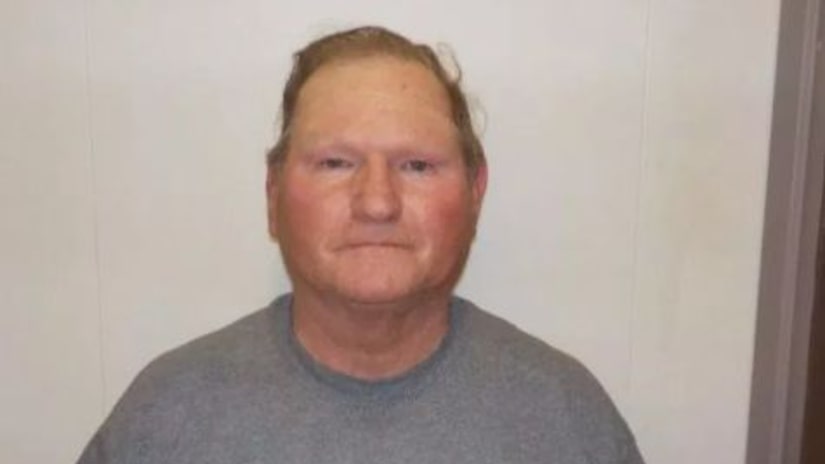 According to the Enid News and Eagle, a woman told authorities that 66-year-old Michael Wayne Sherwood “touched” two girls, who are both now adults, while they were minor children.

One of the victims told officials that she was repeatedly raped by Sherwood since she was 11 years old until about two years ago.

She also said Sherwood “would threaten to kill himself if she refused to have sex with him and later threatened to hurt her if she refused his advances,” the affidavit states.

Another victim told authorities that she was also repeatedly raped by Sherwood since she was 11 years old until November of 2017.

According to documents obtained by the Enid News and Eagle, the girl told authorities she was coming forward with her story because she didn't want the same thing to happen to other girls.

Officers noted in the affidavit that Sherwood said he didn't have sex with the victims, but “he stated that he only performed oral sex on the victims and (then) laughed.”

The suspect allegedly admitted he knew what he did was wrong, but thought he would never get caught. The report states Sherwood laughed after he admitted what he did.

Sherwood also reportedly admitted that he still had items he used to rape girls.

According to the report, Sherwood said he used to keep the victims' clothing.

He also allegedly said that he used to have pictures and videos of the victims having sex; however, he claimed he deleted everything.

Authorities also reportedly discovered a picture of a shirtless 8-year-old girl on his phone.

FULL STORY: Graphic: Oklahoma man allegedly threatened to kill himself if child didn't have sex with him - KFOR