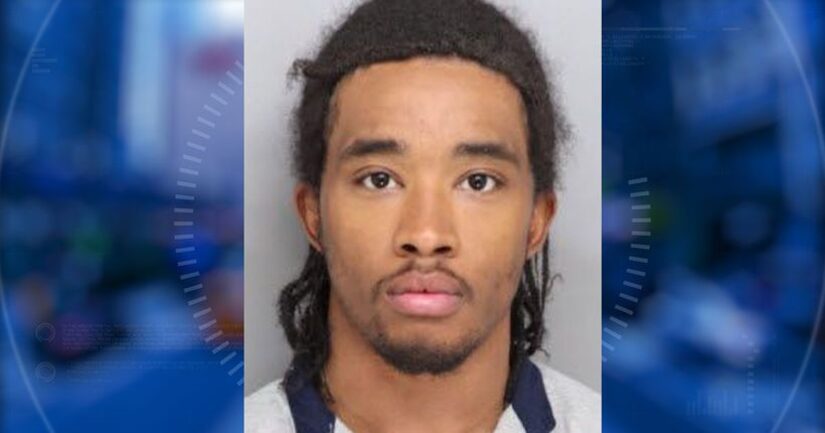 GREEN TOWNSHIP, Ohio -- (WXIX) --An Indiana father is scheduled to face a judge Monday on charges he drove recklessly and nearly struck several pedestrians in a local police department's parking lot with his 5-month-old daughter in the vehicle, along with a loaded gun and marijuana.

Tarell Davis is held in lieu of $155,000 bond at the Hamilton County Justice Center.

The convicted felon faces several charges: trafficking in drugs, aggravated menacing, endangering children, improper handling of firearms in a motor vehicle, weapons while under disability, possession of drugs, illegal use or possession of marijuana drug paraphernalia and obstructing official business.

He "obstructed and impeded" a police officer from doing her job when he refused to stop and obey her command. Once he complied, the officer took him into custody, records show.

That's when officers found a loaded .40-caliber Springfield Armory firearm in a diaper bag in the rear seat of his truck. The bag was next to his 5-month-old daughter, according to an affidavit.