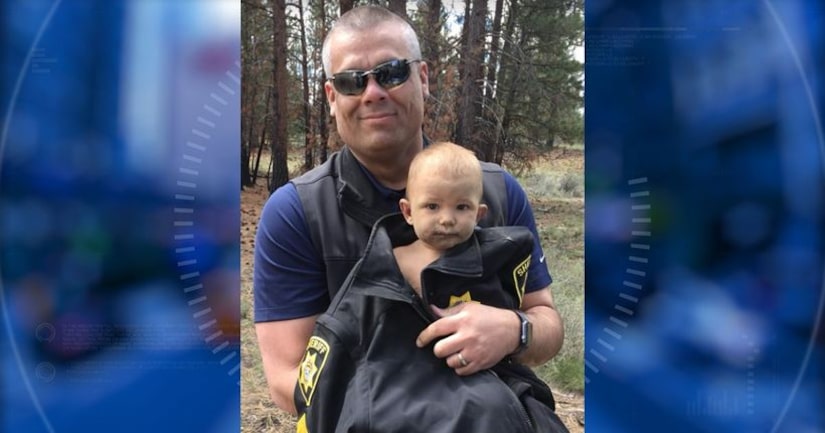 DESCHUTES COUNTY, Ore. -- (WJW) -- A one-year-old boy was found naked and lying in the dirt after his father reportedly set him down and walked away in an Oregon forest last week.

According to a post on the Deschutes County Sheriff's Office Facebook page, a desperate search for the boy began after his father, Brandon M. Blouin, 25, of Belpre, Ohio, wandered out of the woods early May 10.

Blouin told police that he, an 18-year-old female and their son, Bradley Michael, had been staying in a vehicle in the forest. The female had walked away from the vehicle at some point and left Bradley in the care of Blouin. Blouin waited for her to return, but then took the child with him to look for her.

At some point, he set the child down and left him.

Blouin is believed to have been under the influence of a controlled substance when he set the child down.

The sheriff's office started a search for the child with horseback searchers, drones and helicopters with thermal image sensors. At just after noon, the child was found laying in the dirt about one mile from the family's vehicle. He was transferred into the care of medical personnel on scene.