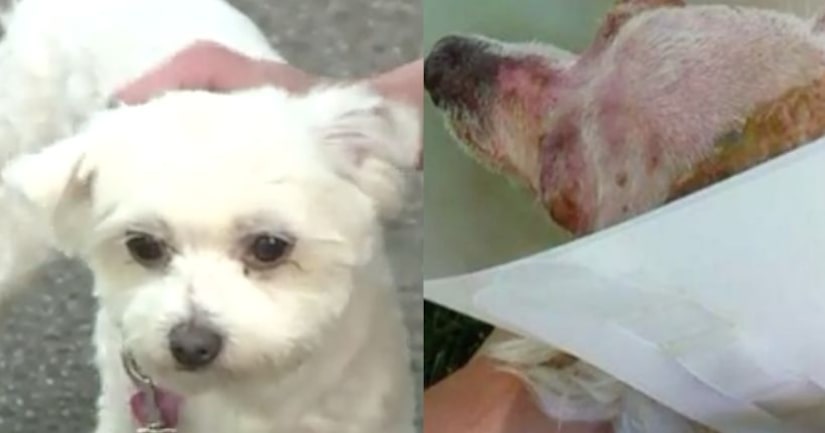 FAYETTEVILLE -- (KFSM) -- A Fayetteville man is accused of torturing his ex-girlfriend's dog last summer, giving the animal severe skin trauma and dermal burns during its bath.

Seth Edwards, 36, was arrested Saturday (May 5) in connection with aggravated animal cruelty, a Class D felony.

The dog's owner Susan Day, who was then dating Edwards, said she came home on June 16, 2017, to find her dog, Macy, with her eyes swollen shut and missing "a large amount" of hair and skin, according to the affidavit.

Day said Edwards told her he gave Macy a bath and the water may have been too hot.

Day took Macy to an animal hospital, where doctors diagnosed the dog with second- and third-degree burns from the scalding water.

A veterinarian told police the burn patterns on Macy were "atypical for something to be considered an accident," according to the affidavit.

Fayetteville police noted Edwards was upset over being contacted about the incident, telling investigators any further correspondence should go through his attorney.