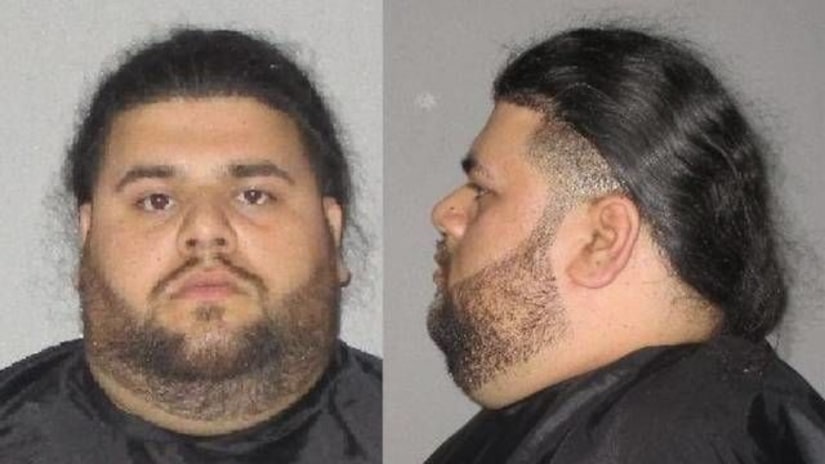 VOLUSIA COUNTY, Fla. -- (WKMG) -- A Bloods gang member is accused of shooting up the same apartment complex twice and threatening to kill a man's mother in a dispute over a stolen gun, according to the Volusia County Sheriff's Office.

Deputies said they were called to an apartment complex on Old Kings Road in Holly Hill around 4 a.m. Monday and around 11:15 p.m. Tuesday in reference to gunshots that damaged vehicles and other property.

No one was injured, but one resident said she was in her bathroom doing her eyebrows when a bullet came through her wall and she ducked for cover, according to a news release.

Witnesses said they saw a brown or tan Chevrolet Suburban-type vehicle in the area at the time of the shootings, the report said.

Through the course of the investigation, deputies said they learned that the son of a woman who lives in the apartment complex is involved in narcotics, and had been "ripping people off" and would know who committed the drive-by shootings.

That man, who was interviewed at the Volusia County Jail on Tuesday, told detectives he had been in an arugment with Christopher Cordova and some of his friends the night before because they were accusing him of stealing a gun, the report said.

He also identified another man, Dhaighamyoosuf Khawaja, of Palm Coast, as possibly being involved because he associates with Cordova. Deputies said they identified Khawaja through his Facebook profile and with help from the Flagler County Sheriff's Office.

On Wednesday, the intended victim met with deputies after he was released from jail and did a controlled phone call with Cordova and Khawaja. The man tells Cordova and Khawaja that he keeps seeing Cordova's gold van and asks if they are following him.

Deputies said Khawaja then took over the conversation.

"Yo listen. This is me now you talking to blood," Khawaja said, according to the report.

Deputies said Khawaja is a Bloods gang member with known ties to guns and narcotics.

Khawaja and the intended victim began arguing because the men believe he stole Khawaja's Glock 45, according to the report. The man told Khawaja to stop victimizing his mother.

"Bro, I'm shooting that (expletive) every day till my (expletive) get back. Every day, that's me sending them shots bro. That's me doing that, (expletive). You don't know who the (expletive) you dealing with, (expletive). I'm killing your mom tonight. Your mom is getting shot if I don't get my (expletive)," Khawaja said, according to the affidavit.