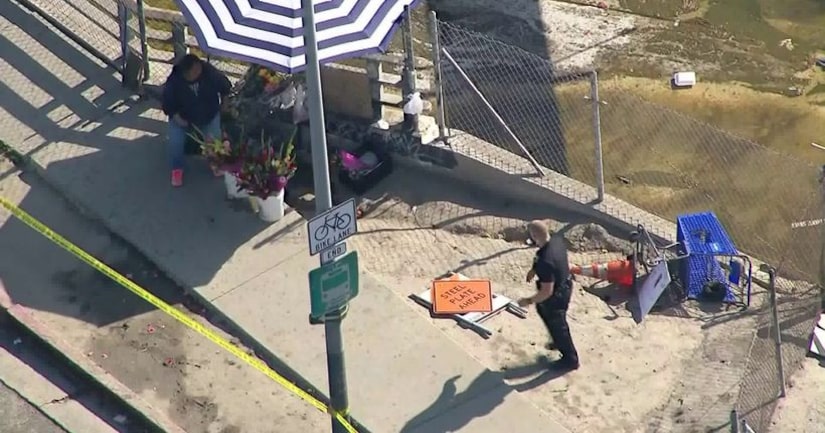 LOS ANGELES -- (KTLA) -- Five juveniles were arrested after a family selling flowers along the street in South Los Angeles was assaulted by would-be thieves Wednesday afternoon, prompting one of the vendors to stab an attacker in self defense, police said.

The incident occurred near the intersection of Imperial Highway and Central Avenue, on the border of Green Meadows and Watts, shortly before 4 p.m., Los Angeles Police Officer Drake Madison said.

The Flores family, who has consistently sold flowers at the intersection for more than 20 years, said a struggle broke out after they asked a group of 10 young men collecting money for an allegedly fake funeral to move elsewhere.

Arturo Flores, who was operating the stand with his mother and sister Lucia, said that caused the group to become aggressive.

They demanded the family hand over their cash and threatened their lives, according to Lucia.

"They said, 'You guys better give your money because I could go bring my people to kill you guys,'" she told KTLA.