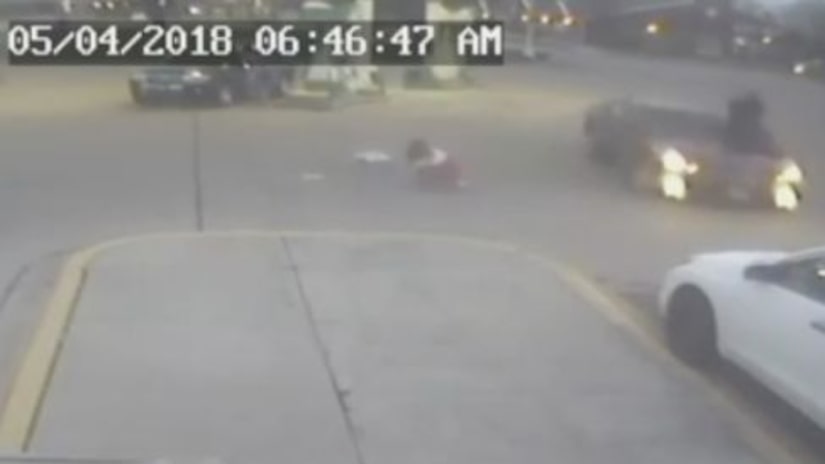 AURORA, Ill. -- (WGN) -- Surveillance video captured the moment a young girl jumped out the back seat of her father's moving car to get away from the carjacker who was stealing it.

While Aurora Police search for the accomplice of that carjacking, they pass along this advice --these days you can't leave the car running while you get out to pump gas!

It was early Friday morning when Mark Beasanski of Aurora, Ill., was going to pump gas at the BP gas station on North Eola Road.

Without warning, a man jumped into the Jeep Cherokee from the passenger side of a Dodge Charger and begins to drive off with 11-year-Kayla in the backseat. The incident was caught on video.

Moments later the girl, can be seen jumping out of the car and then father and daughter embrace.