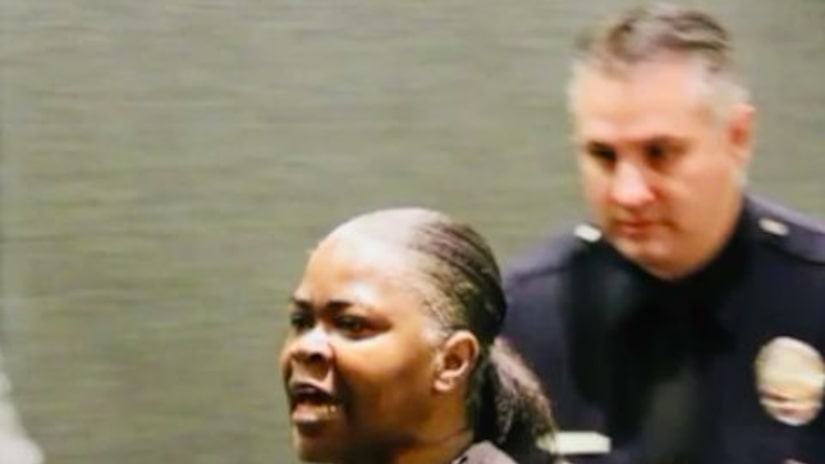 The two women were booked on suspicion of battery on a police officer after the incident occurred around 10:15 a.m., in the middle of the commissioners' meeting, though only one was involved in throwing the substance, LAPD said in a news release.

One of the women arrested, Sheila Brim-Hines, said she the tossed the ashes to make Beck contend with the death of her niece Wakeisha Wilson, who was found dead in her jail cell in March 2016. Her death has officially been ruled a suicide, but her family contends that.

Hines spoke to reporters after being released from custody on bail Tuesday night and said she felt vindicated.