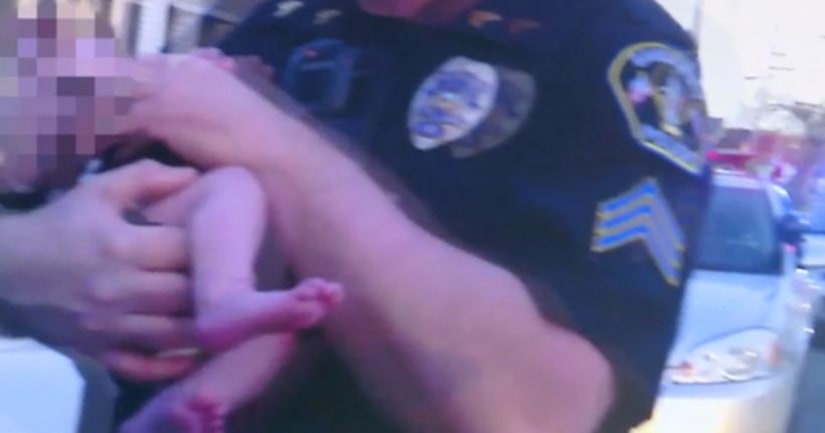 SANDUSKY, Ohio -- (WJW) -- The FOX 8 I-Team has exclusive body camera video showing police finding a baby in serious danger, even though she was with her mother.

Officers say the baby's mom was driving drunk and failed to properly restrain the 3-month-old girl in a car seat.

“The officers found the baby in the back seat of the car not restrained,” said Sgt. Kevin Youskievicz of the Sandusky Police Department.

Police pulled over the car Monday around 7:45 p.m. after they received a call reporting the vehicle was driving up on the curb.

“When they took the baby out of the car seat, the baby was all wet and smelled like beer,” Youskievicz said.

The driver of the vehicle Kerry Ann Desmarais, 26, told police she just moved to Sandusky and was unfamiliar with the area.

Police say Desmarais did poorly on field sobriety tests and the result of her breathalyzer test was .193, which is above the legal limit.

She was arrested on several charges including OVI.