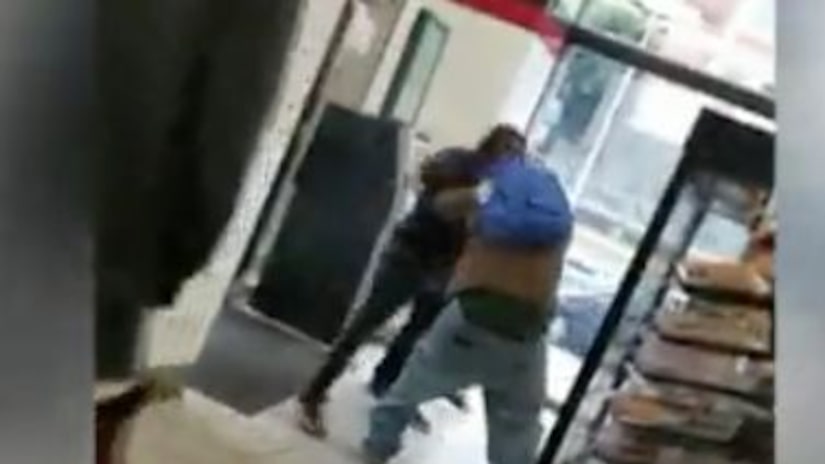 LOS ANGELES -- (KTLA) -- Several people can be seen standing and watching, in cell phone video, as a man and woman begin beating an older man inside a downtown L.A. 7-Eleven convenience store after the woman berated the store clerk and told her to "Go back to Mexico," according to the woman who shot the video.

Myra Olvera, who took the video on her phone, said the pair began beating the man after he tried to defend the clerk who one of them had just been insulting. It happened at the 7-Eleven near the corner of West 7th Street and South Olive Street last Tuesday, the day of "May Day" rallies in the area.

Things started going sour after the clerk told the woman that she would have to help the long line of customers first before heating up her food, Olvera said.

"Go back to Mexico" and "you're fat" and "you're ugly" are some of the things the woman then told the clerk, according to Olvera.

The woman, who is black, also made comments about other customers in the store being "f****ing Mexicans," Olvera said.