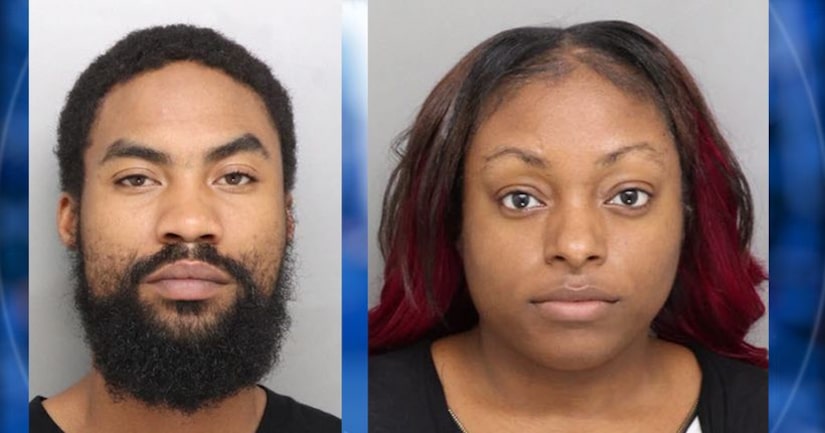 Officer Kyle Frandoni with the Colerain Township Police Department said he was approached by a concerned customer while working an off-duty detail around 10:40 p.m. at the Walmart at 8451 Colerain Avenue.

Frandoni said that the woman told him she saw sleeping children unattended in a vehicle in the parking lot.

When he approached the car, Frandoni said he saw six children all under the age of 10 asleep in the trunk and the backseat of the Dodge Caliber hatchback vehicle.

There was also an open bottle of tequila inside and only one car seat for multiple children that required one, said Frandoni.

Frandoni said after running the license plate, the car came back registered to Jessica Taylor.

One of the officers asked the oldest child in the car the name of his father, Deonte Moses, Frandoni said.

Frandoni said he went into Walmart and asked managers to call for the parents to return to their vehicle over the loud speaker, but they parents did not return at the time.

After around 40 minutes, Frandoni said Taylor and Moses returned to their vehicle with a cart full of groceries.

Another officer arrived to review camera footage with the store manager, Frandoni said. He said the footage showed Taylor and Moses getting out of the car and walking into the store.

Officers said they found that Moses' license was suspended.