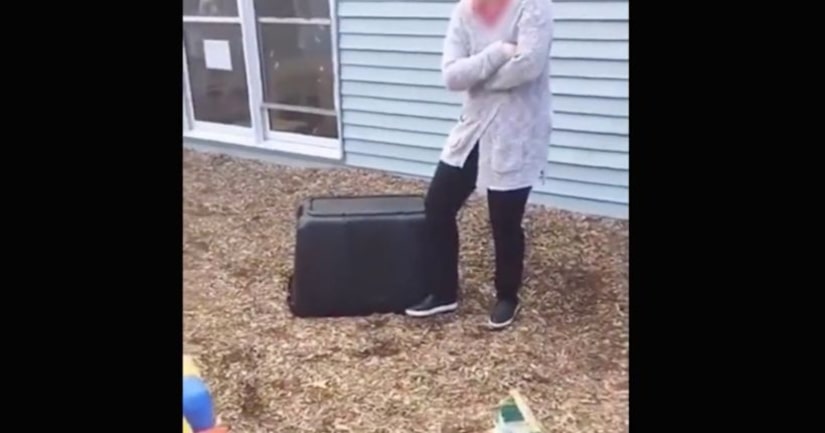 WEST DES MOINES, Iowa -- (KRON) -- An Iowa community is shocked after online video appears to show a crying toddler being forced under a plastic container.

What makes it more disturbing is in the video, it seems the daycare employees are laughing.

The video appears to show a child being forced under a tote at a daycare center.

Concerned parents sent the video to KCCI, including the parent and former Traditions Daycare worker KCCI spoke with.

"All you can see is a tote being held down by one of the staff members," a concerned parent said. "There's a little girl. She pops up, and you can see she (is) crying."

She posted the video online after seeing it on Snapchat, saying she wanted parents to know what happened.

"I did my part because I am a mandatory reporter, so I did contact the worker," the parent said.

The video was shot a month ago.

But Kristen Netteland, the daycare owner KCCI spoke with, says she only found out about the incident this week.

In an e-mail to workers, she writes, "When the video came to the attention of the director, both individuals were asked about the situation. As a result of the investigation, neither individuals work for traditions."

"I understand, 1 minute, kids can go from laughing and playing to crying, but if you know the little girl's under there crying, don't laugh and hold it back down," the parent said. "Just let her out and it was wrong for them to post it too."