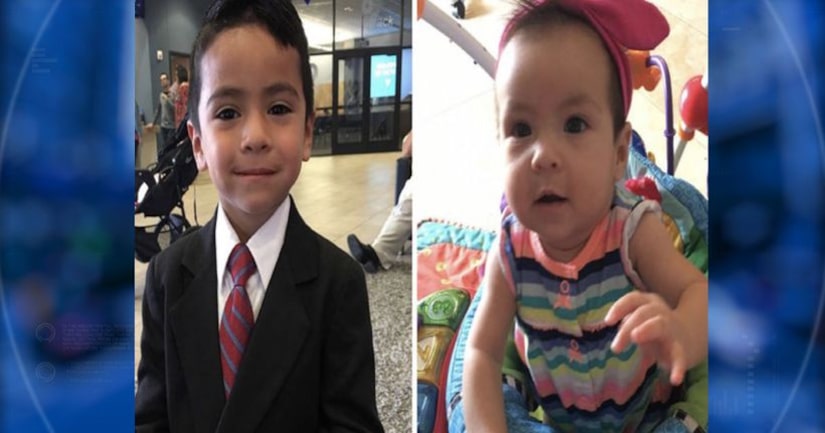 TUCSON, Ariz. -- (KNXV) -- An Amber Alert has been issued for two children abducted by their non-custodial birth parents from Tucson.

Police say the parents took 5-year-old Luis Ramirez and 6-month-old Kahmila Ramirez after they assaulted a caseworker during a supervised visit at a park in Tucson.

The parents left in a green Toyota Camry with license plate number BKH8427. Police say the father tied a caseworker up to a tree and along with his wife, took the two children. The caseworker was found 45 minutes later by a passerby at the park. The worker sustained minor injuries in the incident.

The mother, Andrea Ramirez, was last seen wearing a white shirt and blue jeans. Her hair was in a bun.

A felony arrest warrant for Luis and Andrea Ramirez for one count of kidnapping and two counts of DV-kidnapping.

On May 2, Luis and Andrea Ramirez were arraigned on 20 counts of sexual exploitation of a minor. Their children were not involved in the case.

Those with information should call 911 or 88-CRIME.