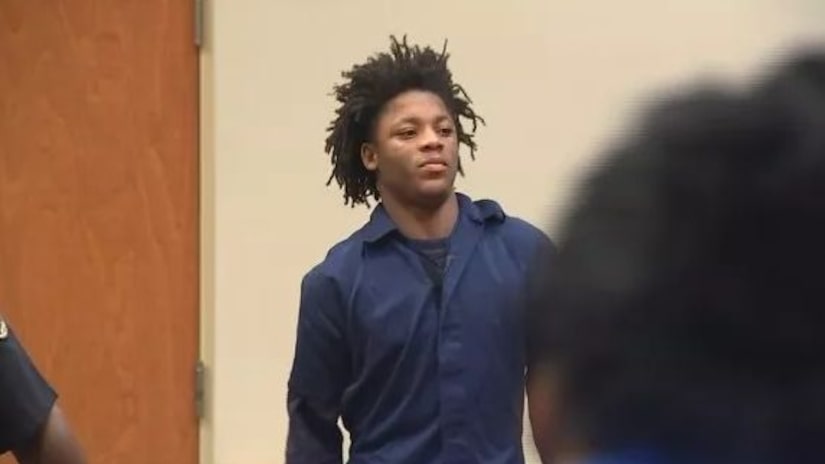 DEKALB COUNTY, Ga. -- (WGCL) -- Deputies had to restrain the mother of a 3-year-old boy Friday when the 15-year-old boy accused of killing him appeared to smirk while waiting for his bond hearing to start.

Christopher Cullins, 15, an eighth grade student at Sylvan Hills Middle School, was arrested at his school 10 days after the April 1 shooting that claimed the life of 3-year-old T'Rhigi Craig. Cullins is charged as an adult with murder.

The little boy was asleep in the backseat of his mother's SUV when he was struck by a bullet meant for someone else, police said.

According to detectives, it all started when some people in cars drove past a gas station at the intersection of Bouldercrest and Eastland roads and fired paintball guns at customers.

Cullins and his family happened to be at the gas station. Cullins, furious about being struck by a paintball, grabbed his cousin's gun, according to police, and fired at least one shot toward the cars where the paintball fire originated. The bullet missed the people who fired the paintball guns and instead struck the boy, killing him.