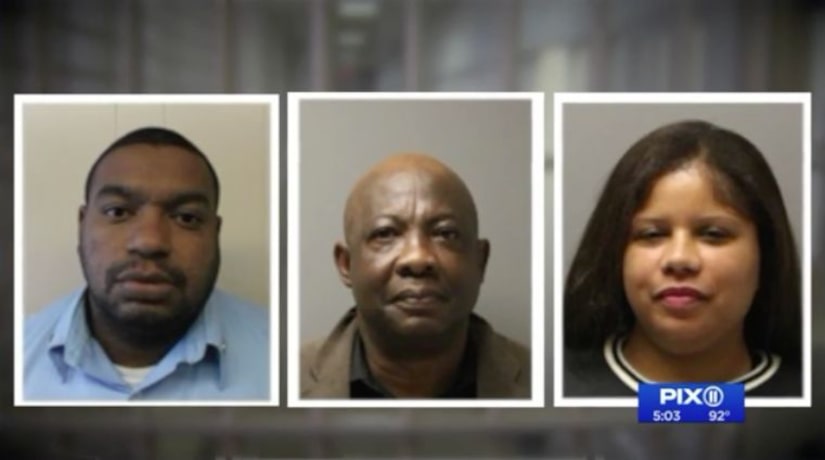 NEW YORK CITY -- (WPIX) -— Two prison guards and a prison cook are all accused of abusing their positions of authority in Westchester County — by allegedly engaging in sexual relationships with inmates.

They were all exposed with the one device you are not supposed to have behind bars — a cell phone.

“I don't want to get into the exact nature of what was on that cell phone. But suffice to say there was communication back and forth between Officer Colon and the inmate – which led to other investigations. The conduct with trail came with an evaluation of the cell phones,” said Deputy Chief Christian Nunez.

Iran Colon, of Staten Island, a correction officer at the women only Taconic Correctional facility in Bedford Hills is charged with rape and other crimes in a 19-count indictment for allegedly carrying on a months-long relationship with an inmate.

Garth Trail of Yonkers, the former head cook at Taconic, is accused of engaging in a sex act with an inmate in the prison kitchen.

And Melissa Hill, of the Bronx, a former guard at Sing-Sing Correctional facility for men, is accused of carrying on a romantic relationship with an inmate.