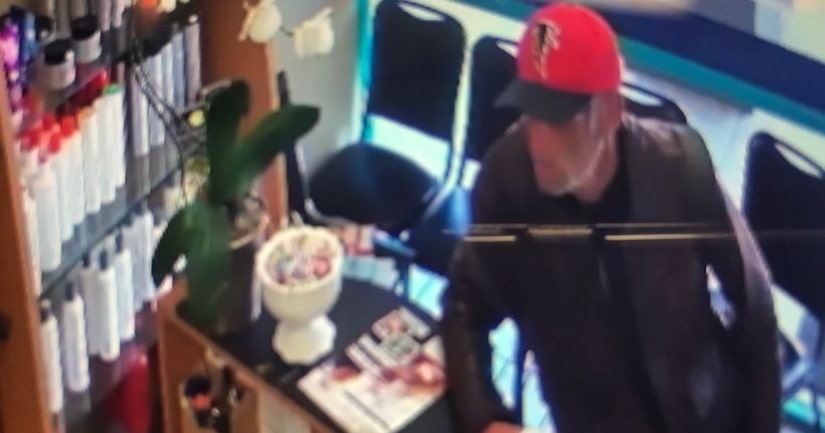 ROLLING HILLS ESTATES, Calif. -- (KTLA) -- Authorities are searching for a person of interest after a woman in her 60s was found stabbed to death in her Mercedes-Benz SUV in the parking garage of a mall in Rolling Hills Estates Thursday, a sheriff's homicide official said.

The victim, a white woman in her mid-60s, was found bleeding in her newer model GLK in the lower level of a parking garage around 12:20 p.m. at the Promenade on the Peninsula mall, located on the 500 block of Deep Valley Drive, according to the Los Angeles County Sheriff's Department.

She had been stabbed several times in her upper torso, said Sheriff's Lt. Rodney Moore, and L.A. County fire officials told the Daily Breeze her throat was slit.

She was pronounced dead at the scene. Investigators have not released her identity but said she lived in Palos Verdes.