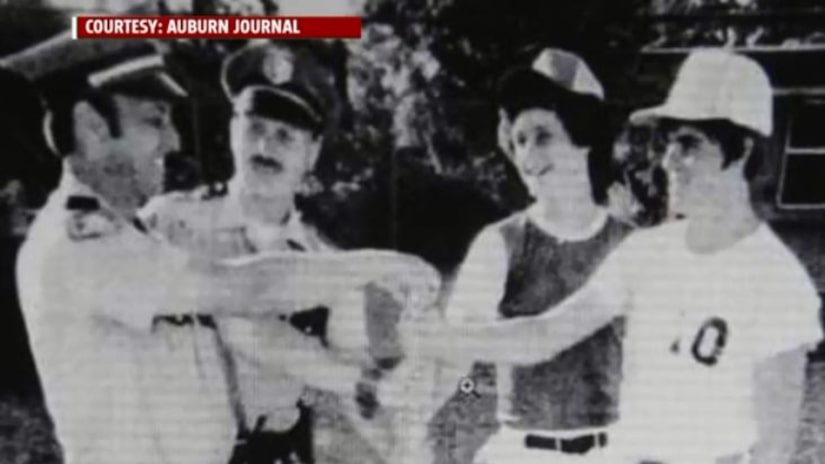 SACRAMENTO -- (KTXL) -- In 1979, Jerry Johnson was a teenager when his path crossed with Joseph DeAngelo's.

The moment was captured in a photograph and published in the Auburn Journal. Little did Johnson know, the newspaper clipping would take on new meaning almost 40 years later.

Johnson posed for the picture with two police officers at a charity baseball game. At the time his family was proud to see it published in the newspaper.

"My grandma used to cut out and save all the articles if my name or picture happened to appear in the Auburn Journal," Johnson told FOX40.

Johnson's family is shocked to see the photograph back in the news.

Back then DeAngelo was an Auburn police officer. DeAngelo started working for the Auburn Police Department in August of 1976.

"He just seemed a little different than the rest of the cops," Johnson said.

"Good cop, bad cop... he was the bad cop, you know, trying to throw his authority around a bit. But never anything too wild," Johnson said.