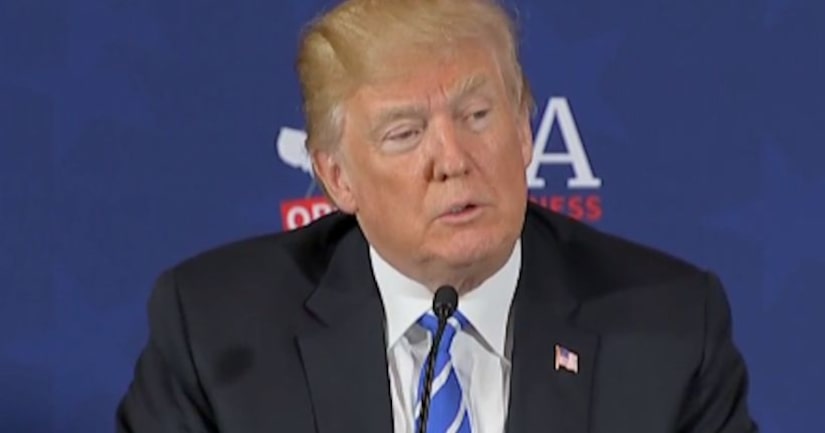 WASHINGTON, D.C. -- (KTLA) -- President Donald Trump said Thursday that his personal attorney, Michael Cohen, was paid via a monthly retainer and that the hush agreement into which Cohen entered with Stormy Daniels had “nothing to do with the campaign.”

The President's tweets come the morning after his lawyer, former New York City Mayor Rudy Giuliani, told Fox News that Trump paid back Cohen the $130,000 that was used to pay off Daniels, an adult film star who has alleged she had an affair with Trump. The President had previously denied knowledge of the payment, which has prompted complaints to the Justice Department and Federal Election Commission over potential violations of campaign finance law.

“Mr. Cohen, an attorney, received a monthly retainer, not from the campaign and having nothing to do with the campaign, from which he entered into, through reimbursement, a private contract between two parties, known as a non-disclosure agreement, or NDA,” Trump wrote on Twitter Thursday morning.

“These agreements are very common among celebrities and people of wealth,” Trump continued. “In this case it is in full force and effect and will be used in Arbitration for damages against Ms. Clifford (Daniels). The agreement was used to stop the false and extortionist accusations made by her about an affair despite already having signed a detailed letter admitting that there was no affair. ”