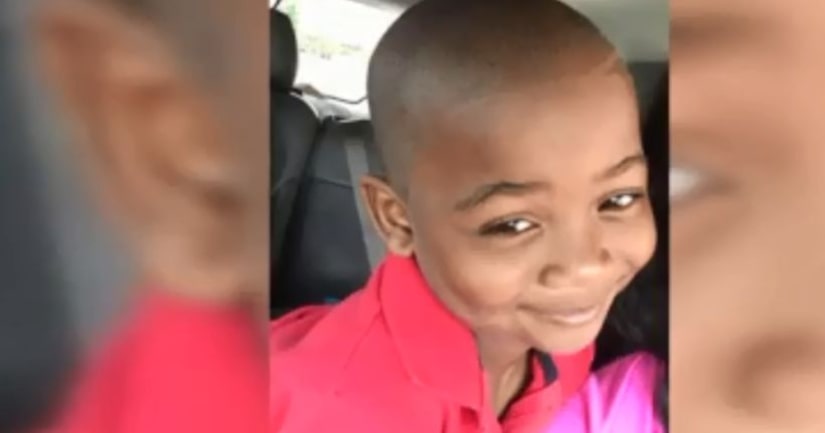 WEST ASHLEY, S.C. -- (WZTV) -- The Charleston County School District said an employee has been placed on administrative leave after Charleston Police began investigating how a five-year-old boy was picked up by the wrong person from his after school care program in West Ashley.

"Who did you let pick up my son?" That's the question Marlesha Heyward asked when she arrived at Springfield Elementary School to pick up her son Makel on Monday.

After a long day of work, and being stuck in traffic for almost an hour, Marlesha Heyward's worst fears came true when she was on her way to pick up her five-year-old son Makel and got a call saying he had already been picked up by an unknown person.

A police investigation revealed that the boy was picked up by a driver with Lyft, a ride sharing service, and he rode unsupervised to an unfamiliar address.

Marlesha said she typically picks him up from the Kaleidoscope after-school program at Springfield Elementary by 6 p.m.

The only other person she could imagine would have her son is the child's grandmother.

The questions for the director of the program started pouring in, the first being: Who picked him up?

"She just said it was a lady," Heyward said.

Heyward rushed to the school. She said the director of Kaleidoscope was already back. They reviewed all the emergency contacts and looked at surveillance video.

"She described the person to me, and I knew it was an unknown person, I don't know who that is," Marlesha said.

According to a police incident report, Heyward called 911 around the same time as the person who had the five-year-old.

"The Lyft driver got in contact with the police, because when they got to the destination, no one was home and my son said he didn't live there," Marlesha said.

According to Lyft's policy, no one under 17 is allowed to ride in a car by themselves.

"It is against Lyft's terms of service to transport a minor without an adult present - even under these circumstances where an adult was present at the pick-up location," Lyft spokesperson Kate Margolis said in a prepared statement. "We have been in touch with the driver about this policy."

WCIV spoke to the driver who picked up Makel, who said she was expecting an adult when she arrived along Pinehurst Drive.

Police say they're looking for the person named "Abby" who scheduled the initial pick-up.

The mother still has questions.

"Who arranged the call? Who is this Abby person, because she never asked for an I.D.!”

Heyward said she hopes this experience serves as a reminder to everyone caring for children.

"He's safe, but in the event something had happened to my child, being apologetic and being complacent was not going to bring my child back," she said.

Makel was found at Ashley Grove Apartments 4.4 miles away from the school. His mother said they have never lived there and have no connection.