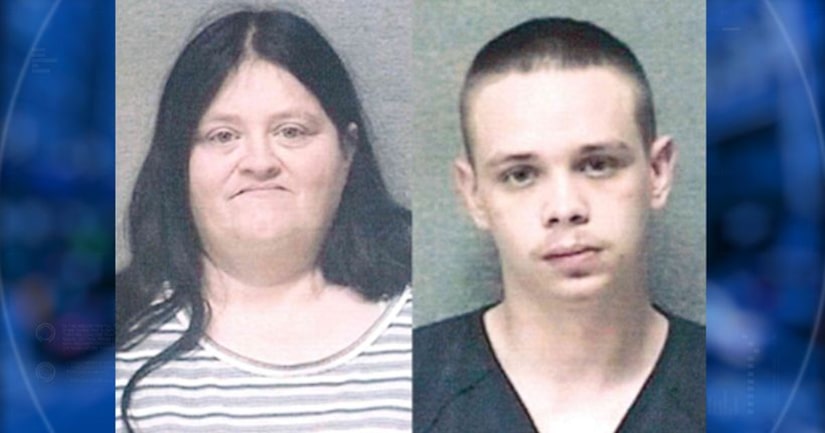 MUNCIE, Ind. -- (WXIN) -- A mother and son were arrested after police believe they separately assaulted two pregnant women on Tuesday.

Just before 11:00 p.m. Tuesday night, officers were dispatched to the 300 block of S. Council St. on the report of a subject causing trouble.

When they arrived, they came in contact with a woman who said she was just assaulted by a man, later identified as 18-year-old Daniel Good.

The woman told authorities she arrived at the residence to drop off a friend. When she arrived, she reportedly got into a tussle with another woman.

During the incident, she told the woman she was pregnant and police documents show Daniel Good responded by saying, “I don't care.”

He then allegedly punched the woman in the face and chest multiple times.

Meanwhile, Good's mother, Christy Good, 43, was allegedly involved in a dispute inside the house with the other woman, who also was pregnant.

Good allegedly slapped her and the woman fell backwards down a few steps onto the ground.

Police said after getting assaulted by the mother and son, both victims left the residence. Both Christy and Daniel Good were arrested at the scene.