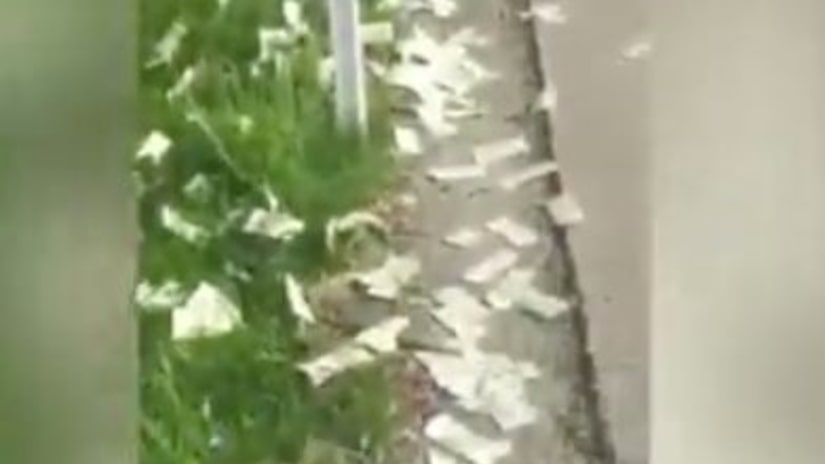 INDIANAPOLIS -- (WXIN) -- Indiana State Police are asking anyone who found loose money on I-70 Wednesday money to return it.

A chaotic scene unfolded around 9:00am on westbound I-70, near Holt Road, when the back security door on a Brinks truck came open.

Troopers at the scene initially said up to $600,000 had flown across the interstate, but police later said the exact amount was not known.