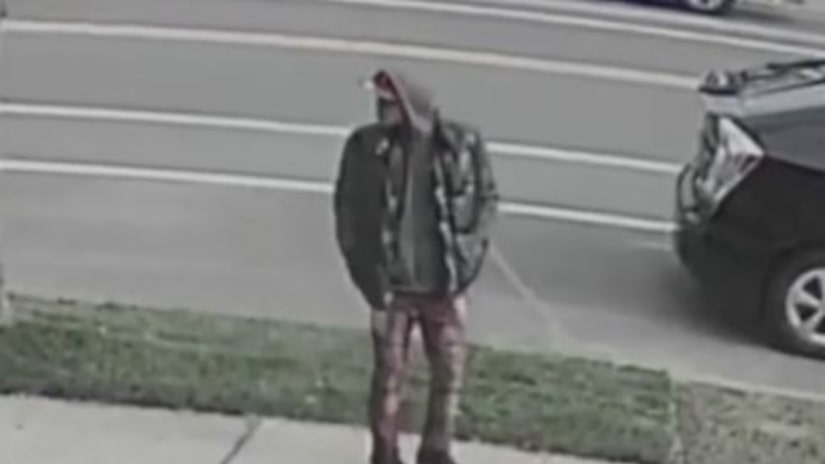 QUEENS, N.Y. -- (WPIX) -- The NYPD has released surveillance footage of the person they believe attacked and raped a woman in Queens Monday morning.

Video shows a man walking in the vicinity of the attack looking around and waiting. It is unclear what he is waiting for. Police have not been able to identify him, but they believe he is connected to the attack of a woman, 52, in Kew Gardens.

The woman was found unconscious at the bottom of an exterior stairwell in the area with her pants pulled down, in the vicinity of 72nd Road and Kissena Boulevard, bordering Pomonok and Kew Gardens Hills, police said.

Officials said the woman had just dropped her off son to school before she was attacked.

She had trauma to her face and body, and was hospitalized in critical condition.