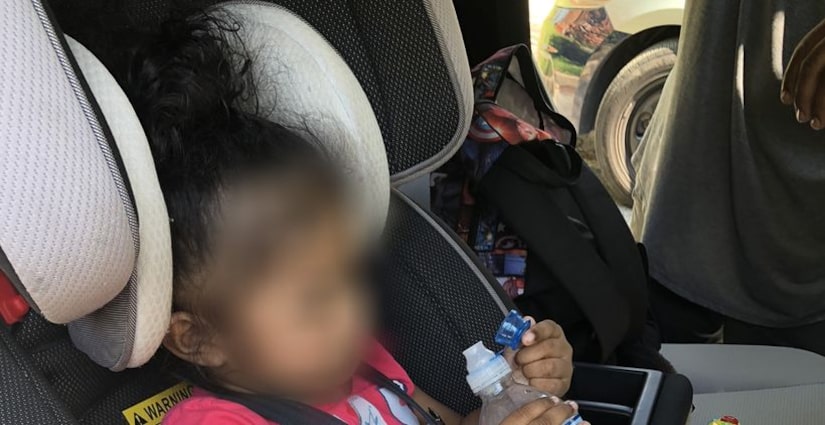 SUITLAND, Md. -- (WBFF) -- A baby girl is alive today after a Prince George's County police officer followed his gut, saving her from a hot car where she had been trapped for hours.

According to Corporal Darryl Wormuth, he found a man lying face down in a grassy area in the 3600 block of Parkway Terrace Drive on Tuesday.

Wormuth called for backup and emergency medical help for the man. He also noticed the unresponsive man had a lanyard around his neck with keys and a car key fob.

Wormuth called for backup and emergency medical help for the man. After hitting the panic button on the key fob to determine if the man's car was nearby, and, in an effort to locate any paperwork, identification cards and anything that might help identify him, no car alarms in the nearby lots went off.

The man was taken to the hospital, conscious but verbally unresponsive.

Roughly three hours later, the officer returned to the apartment complex on Parkway Terrace Drive to continue his shift.

"Something just kept nagging at my mind,” according to Wormuth, so he returned to patrol the same area again.

That's when he began to hear music coming from a parked car. When he approached, he saw that the driver's side window was down and that the engine was running.

He looked into the open window and that's when he saw the girl in the backseat.

“God, please let this child be alive,” he prayed.

He immediately called for backup. Once he was certain the little girl was breathing and alert, he summoned the property manager of the apartment complex. Responding officers and the complex manager gave the little girl chicken nuggets and water.

Wormuth also found a phone in the car and noticed dozens of missed calls. He swiped one of the missed calls and was able to reach the little girl's grandmother. Soon, the grandmother and mother arrived on scene and were able to take the child home.