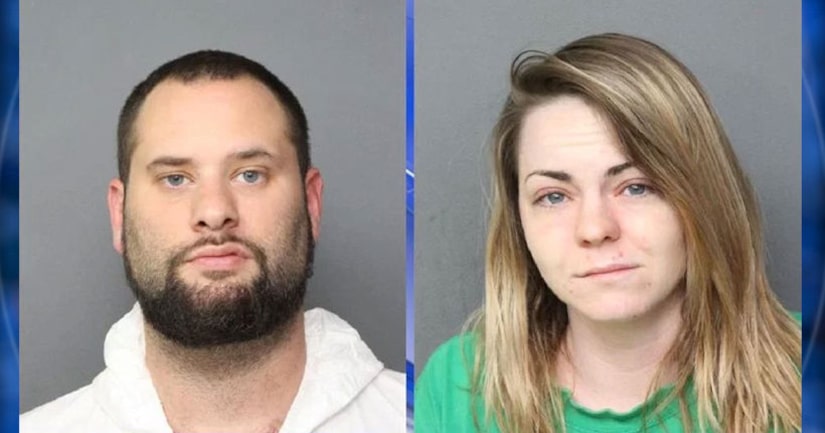 NORFOLK, Va. -- (WTKR) -- A Norfolk judge has denied bond for a mother and her boyfriend charged in her 2-year-old daughter's death.

Police say they were called to the home on 20th Bay Street in the Ocean View section of the city around 3:30 last Tuesday morning. They say the child had burns all over her body. She was rushed to the hospital where she was pronounced dead.

In court Monday morning, the Commonwealth said the child had burns over 30-50 percent of her body.

They claim Hardee was alone with the 2-year-old and sent text messages to Love around 4:30 p.m. on April 23 saying “I'm going to prison” and “hurry home.” According to them, the couple didn't call 911 until about 11 hours later when the child began having seizures.

Allegedly, the only medical treatment they did performing before contacting police was applying vinegar to her wounds.

Hardee is a father of three children.

In 2014, Hardee pleaded guilty to strangulation and child neglect and abuse. According to court documents, Hardee hit his child in the head multiple times, resulting in a fracture to the child's skull. During the same incident he strangled his girlfriend. Hardee was sentenced to three-years-behind bars.

According to the prosecution, Hardee was not supposed to have unsupervised contact with children following the incident in 2014.

The judge looked at pictures of the child's injuries saying she was "at a loss for words," calling the incident "horrific." She immediately denied Hardee's bond request.

The autopsy states the child had burns to her back, legs, arms, buttock, and feet.

As for Love, her attorney told the court she met Hardee four months ago and moved in with him just two months ago. The defense claimed Hardee was abusive and Love feared for her life.

Her attorney said she moved to Virginia from Oklahoma because of domestic abuse.

Because Love didn't take her child to the hospital, the judge denied her bond.

The prosecution said a doctor told them had the 2-year-old received medical care immediately she might have survived.

Both are due back in court in July.