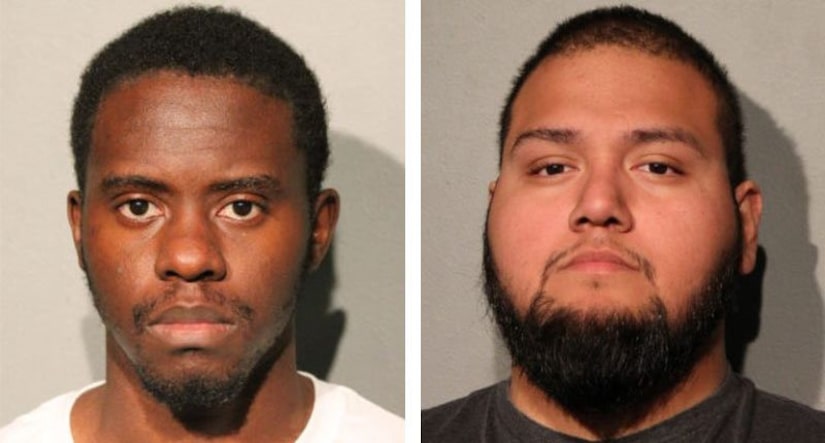 Both men worked for a security company when they entered the cathedral at 730 N. Wabash Ave. about 7:30 p.m. April 15 and stole an unknown amount of cash, according to the Chicago Police Department. Officers said the men used a key to enter the building before stealing from a safe. They were identified through surveillance video.

Artemio Calderon, 25, of the 4700 block of South Damen Avenue, and Jarrell Patterson, 22, of the 600 block of East 87th Place, are charged with burglary of a place of worship.

Both men are slated to appear in bond court Monday.