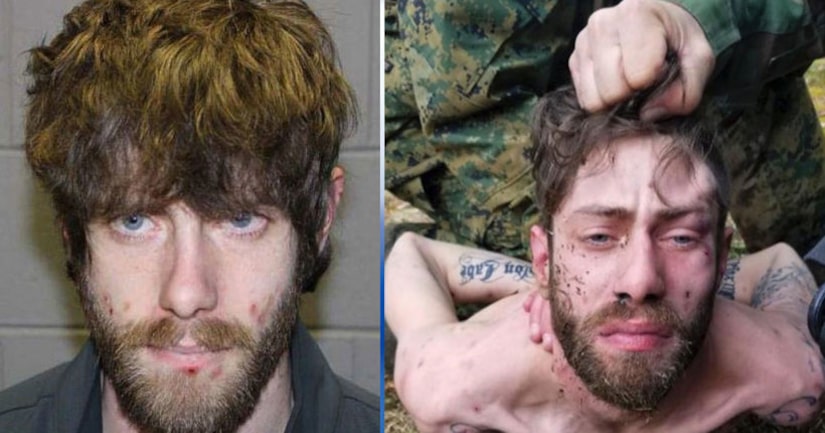 NORRIDGEWOCK, Maine -- (WVII) -- After several days of searching for 29 year-old John Williams, officials say they've found him alive and have made an arrest.

In a press briefing Saturday afternoon, officials say they arrested John Williams at 12:43 p.m. near a camp near Lost Brook and Route 139 in Norridgewock.

Williams is accused of shooting and killing Cpl. Eugene Cole before stealing Cpl. Cole's cruiser and going on the run.

"As they were approaching and preparing to clear that camp, they encountered him outside that camp," said Lieutenant Colonel Jon Cote with the Maine State Police.

"My first call was to the Cole family, and I personally notified them of the arrest. They were relieved, thankful, and very grateful," said Somerset County Sheriff Dale Lancaster. "We knew Gene would have been here every day bringing his best effort to apprehend the suspect. He would have been proud of our effort."

In a symbolic move, officials say when they made the arrest, they used Corporal Cole's handcuffs.

When asked if Williams was made aware of this, officers said they believe he was not.

They also said he was uninjured and had EMS check him out, before being taken to the Waterville Police Department.

Williams is currently at the Maine State Prison before facing a judge next week.