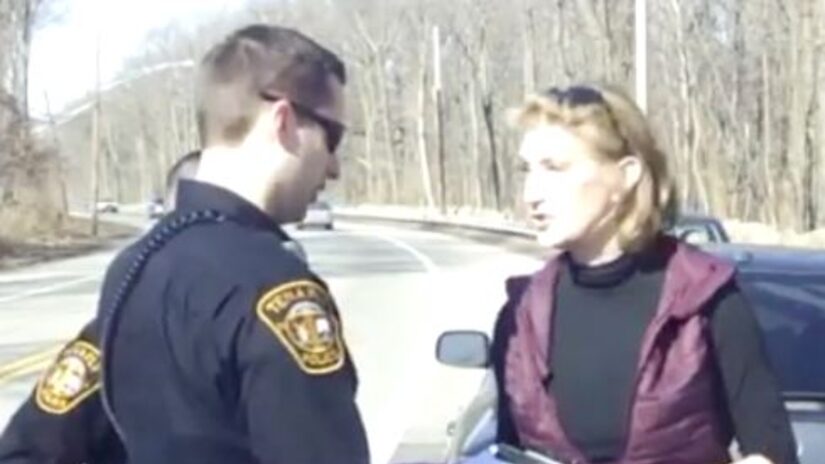 The Tenafly Police Department released the video of Caren Z. Turner, 60, from a March 31 traffic stop. In it, she flashed her badge and credentials, giving the appearance that she was trying to interfere on behalf of her daughter and her daughter's friend, who were also in the vehicle.

She can be heard on the video demanding information from police and reminding the officers of the fact that she worked at the Port Authority.

Police reportedly pulled over the vehicle for its front tinted windows and an unclear license plate, and eventually discovered an issue with the vehicle registration.