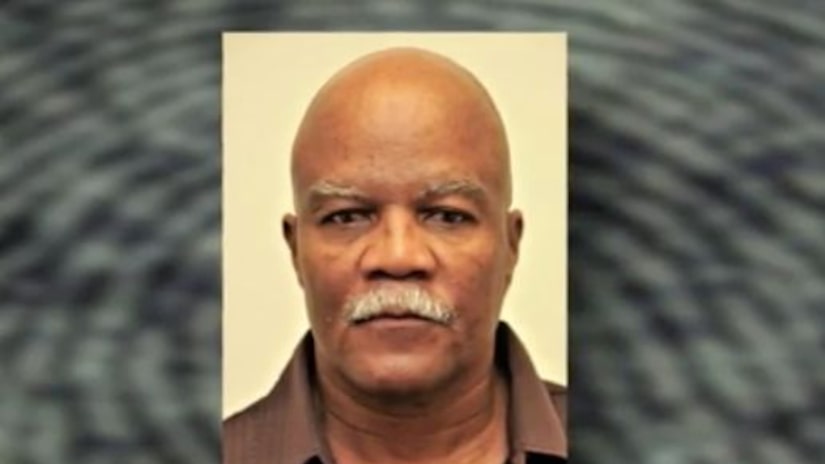 ESCONDIDO, Calif. -- (KTLA) -- A retired security guard was behind bars Monday for allegedly killing a retiree in northern San Diego County more than three decades ago.

“A promise was made 32 years ago by the daughter of the decedent, that we would find and bring the killer to justice and that's happened,” Escondido Police Department Chief Craig Carter said.

On the morning of Nov. 13, 1986, Finney was found stabbed to death in his living room at the apartment where he lived by himself, Lt. Ed Varso said. Money, jewelry and other miscellaneous items belonging to the victim had been stolen.

Detectives who initially investigated the homicide collected evidence at the crime scene, including two knives used in the deadly assault, fingerprints and blood. They were unable to identify a suspect, however, and the case eventually went cold, the lieutenant said.

"Technological advances not available in 1986 allowed them to have further testing completed on the previously collected blood evidence," Varso said. "The testing revealed the DNA profile of a potential suspect."

The newly obtained information was compared with known genetic profiles in a national database but resulted in no matches.