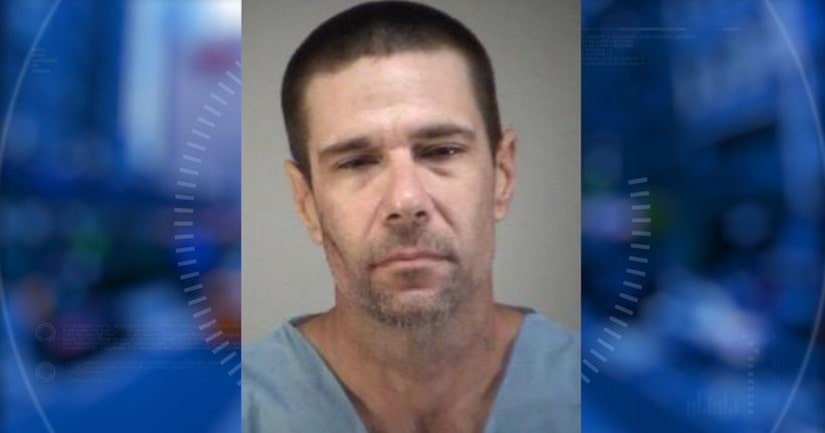 TAVARES, Fla. -- (WKMG) -- A man spit and threatened to kill an officer after he was arrested for breaking into a model home and writing his initials in his own blood on the wall, according to the Tavares Police Department.

Police said they were called Monday morning to the model home when an employee found a brick had been thrown through a front window and the front door was dented.

When officers went inside the model home, they said they found clothes and black Jordan shoes that were wet and covered with algae on the floor and bloody handprints and the initials "SG" written in blood.

An employee said the model home sustained about $4,500 worth of damage, according to the report.

At a nearby storage home, police said they found overturned tables, frames on the ground and the ceiling had been ripped down in addition to blood stains, bloody handprints and blood-covered papers.

Police said they were reminded of a call earlier that day where they found Steven Greybill, 39, with no shoes on, covered in blood and walking near an intersection, slamming his fists on vehicles.

Greybill told officers, "I did it," and put his hands behind his back as soon as they approached him, according to the affidavit.

He had cuts on his arms, hands and feet and was covered in algae, but refused to tell officers why, the report said.

As first responders were tending to his wounds, Greybill spit toward a firefighter and told an officer several times that he would kill her, according to the affidavit.

"Steven advised me that I would have to use my pistol today because he was going to kill me," the officer wrote in the report.