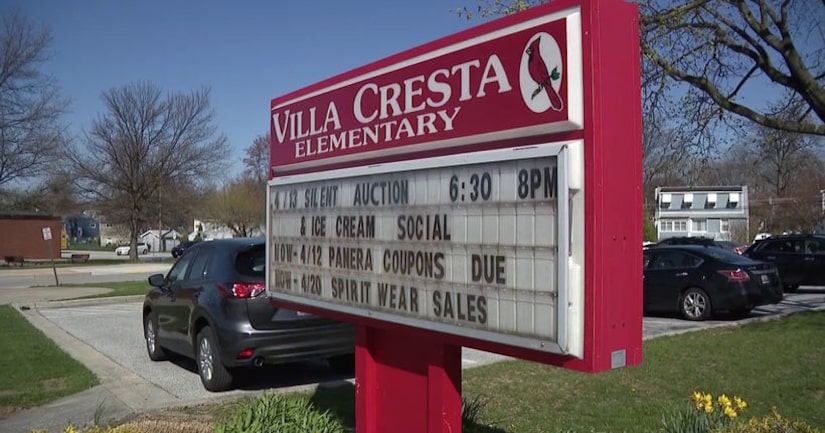 Tyana Holmes, 16, and a 14-year-old were arrested and charged with the crime. According to police, Holmes is being charged as an adult.

Investigators have not detailed where the teens were arrested, but they said they're still looking for two other females believed to be involved in the crime.

According to police, the suspects were buzzed into the elementary school after telling staff they were inquiring about enrollment of a child. Staff told police the teens didn't have all of the necessary information. The teens left the building, but not the parking lot, where the carjacking occurred a short time later.

The department is still looking for the pregnant teacher's car that was stolen, a 2013 black Kia Sportage.

Investigators are also looking into whether the case is connected to the theft of a teacher's car in Baltimore City.

A day before the pregnant teacher was carjacked, another teacher said her car was stolen outside Gardenville Elementary School in northeast Baltimore.

The teacher posted the details on Facebook, asking for the public's help in identifying the suspects.

“At dismissal, two women entered Gardenville Elementary School. They walked out of the school with my car key and my wallet from my purse [which was in my classroom]. They then walked out to the school parking lot and drove away with my car,” the teacher wrote.

The post came with several surveillance pictures of the two suspects.