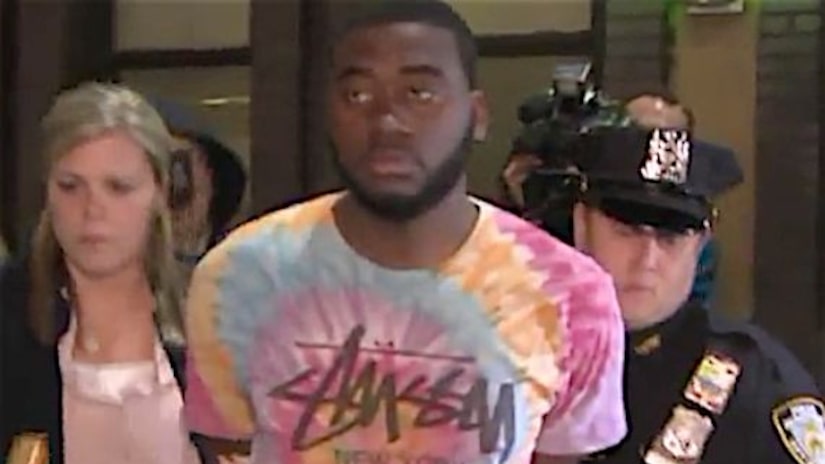 Details were scarce immediately after the incident, but authorities said the attack happened about 1:40 p.m. on Fifth Avenue and 33rd Street.

The victim, who works in the area and was stabbed several times in the back, was taken to a hospital with non-life threatening injuries, police said.

Tyquan Bailey, the 22-year-old suspected attacker, is in custody, police said. Bailey, a FedEx worker, was charged with attempted murder, assault and criminal possession of a weapon.

"We were shocked to learn about the incident in Manhattan today and our thoughts go out to the individual who was injured," a FedEx spokesman said. "We are cooperating fully with investigating authorities at this time."