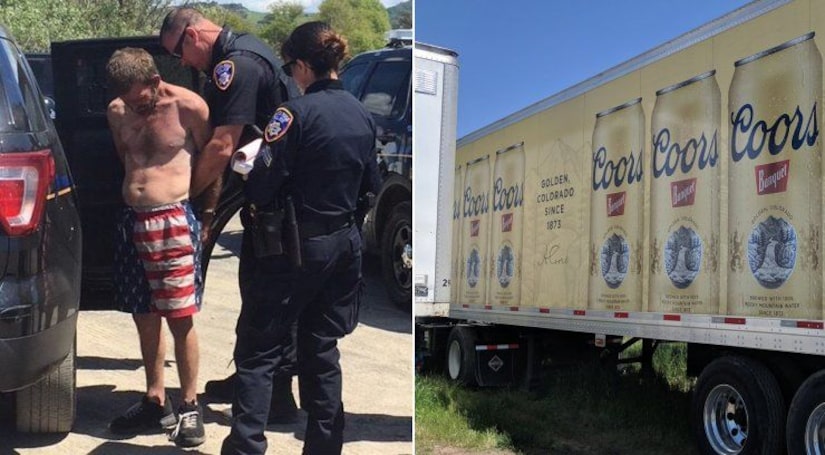 For a few minutes Thursday, Matthew Hermsmeyer had helmed his own booze cruise of sorts, when he allegedly stole a Coors beer truck in Santa Rosa.

In a Facebook post headlined “Beer (Truck) Bandit Busted” by Santa Rosa Police, authorities say that Hermsmeyer ditched the stolen suds soon after he absconded with them.

"The beer company had GPS on their truck (yes, it had beer in the back!) and located it within minutes in the 300 block of Yolanda Avenue," the Santa Rosa Police post reads. "Shortly after being notified of the location of the beer truck, SRPD officers, including a K-9 officer and his partner ... merged in the area where the suspect was last seen running. ... The suspect was taken into custody as he hid in the bushes."