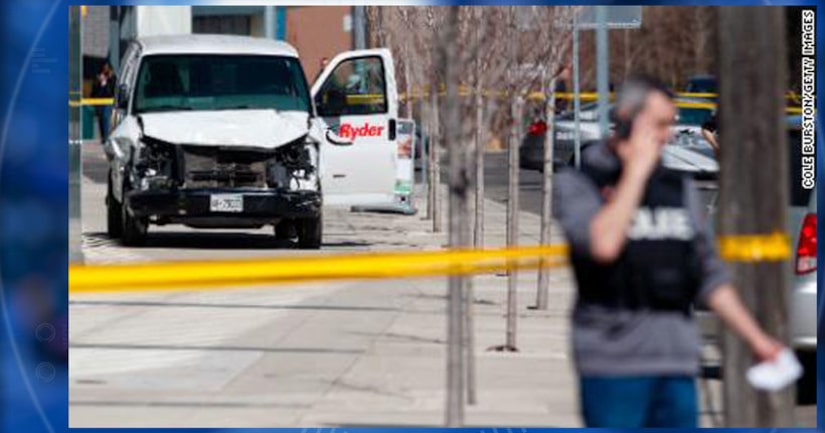 TORONTO -- (WPIX) -- At least nine people are dead and 16 are injured after a white van collided with a crowd of pedestrians on a busy street north of downtown Toronto, Canada, on Monday, Toronto Police said.

The driver of the van has been found and arrested, Toronto Police told CBC, a CNN partner.

Stephen Powell, district chief for Toronto Fire, confirmed that there have been multiple casualties. A large presence of Toronto fire, police and EMS personnel are on the scene, Powell said.

The incident occurred in the North York area at the intersection of Yonge Street and Finch Avenue, police said.

The extent of the injuries was not immediately known, police said.

Yonge Street is one of the main thoroughfares in Toronto. Subway service was suspended in the area of the incident.

Canadian Prime Minister Justin Trudeau said he was just learning about the incident.

"Our hearts go out to anyone affected. We're obviously going to have more to learn and more to say in the coming hours," he said.