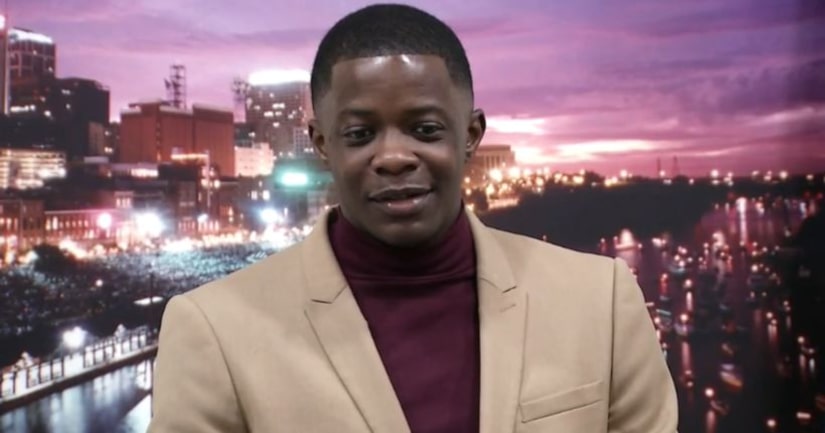 NASHVILLE -- (WZTV) -- The hero who stopped a man who opened fire at a Tennessee Waffle House and saved lives continued his selflessness by launching a Go Fund Me for victims.

James Shaw Jr. stopped further carnage by wrestling away the AR-15 Tyler Reinking used at an Antioch Waffle House to kill four people and injure three others, including Shaw.

Shaw suffered a burn to his hand and cut to his elbow during the fracas, getting the rifle from Reinking then throwing it behind the counter of the restaurant. Reinking then fled the scene on foot.

James Shaw recounted his experience during the shooting in a news conference Sunday. Shaw says he and a friend actually went to a different Waffle House first, but due to the long wait decided to go to the Murfreesboro Road location.

Shaw says he actually noticed Reinking in the truck when entering the location. The two sat at the high chair table-tops. Shortly after, shots began to ring out.

Shaw says after a few shots, he jumped and slid towards the door. As Reinking entered through the door, Shaw decided "If it's gonna come down to it, he's gonna work to kill me." He added, "If I didn't put my life at risk, then I'm probably not here."

Shaw says he managed to get one hand on the gun grabbing it and throwing it over the counter. Shaw then followed after Reinking, pushing him outside.

Metro Police say the suspect, Travis Reinking, was armed with an AR-15 rifle when he drove up to the Antioch Waffle House. Reinking stopped and watched for approximately four minutes before opening fire. After killing four people, patron James Shaw was able to wrestle the gun from Reinking, causing him to flee.

Reinking was still on the loose Sunday and could be armed, according to police.

Reinking was previously arrested by the Secret Service in July 2017 for being in a restricted area near the White House. His Illinois firearms authorization was revoked by the state due to that arrest. Among those were the AR-15 used in Sunday's shooting. Four weapons Reinking owned were handed over to his father, who admitted to later returning them to his son.

Local police in Illinois were originally contacted and the FBI also launched an investigation into Reinking following his arrest with the Secret Service. The FBI closed their case in October 2017 according to police. Reinking was officially charged with unlawful entry near the White House complex. The FBI says his reasoning for the breach was to "set up a meeting" with the president.

Metro Nashville Police recovered another rifle during the search of Reinking's apartment, but he could be in possession of the other two weapons.

Mayor David Briley called for comprehensive gun reform, citing just 7 months since the last mass shooting. Briley said "Let's be honest, some people see these weapons as being a tool to terrorize other people. Enough is enough."

Metro Police Chief Steve Anderson says "we suspect some mental issues," but at this time motive is unclear. There were no notes left behind.

Anderson says since moving to Nashville, Reinking had not been on the police department's radar. Anderson also echoed Mayor Briley's call for reform, saying it is "an issue."

Anderson added, "you balance the right of people to have their privacy but on the other hand you have mental health issues."

Reinking has been added to the Tennessee Bureau of Investigation's (TBI) Top 10 Most Wanted List. A $2,500 reward for information leading to his capture has been offered.