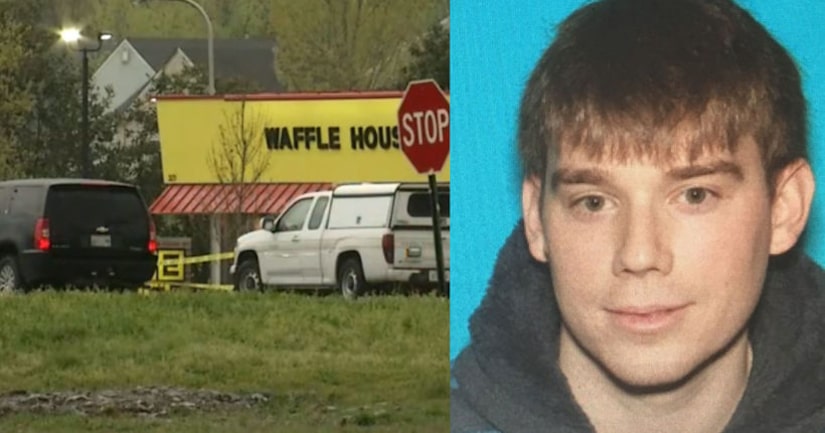 NASHVILLE -- (WZTV) -- Four people were killed and three others were wounded in a shooting inside a Waffle House at 3571 Murfreesboro Pike in Antioch near Pin Hook Road.

Police are describing the gun the suspect used as a rifle, which a patron managed to wrestle away and throw behind the counter. The suspect then fled the scene, shedding a trench coat. He is believed to be naked or wearing just black pants at this time.

Metro Nashville Police identified 29-year-old Travis Reinking, of Morton, Illinois, as a person of interest in the shooting. Police say the gunman arrived in a vehicle registered to Reinking.