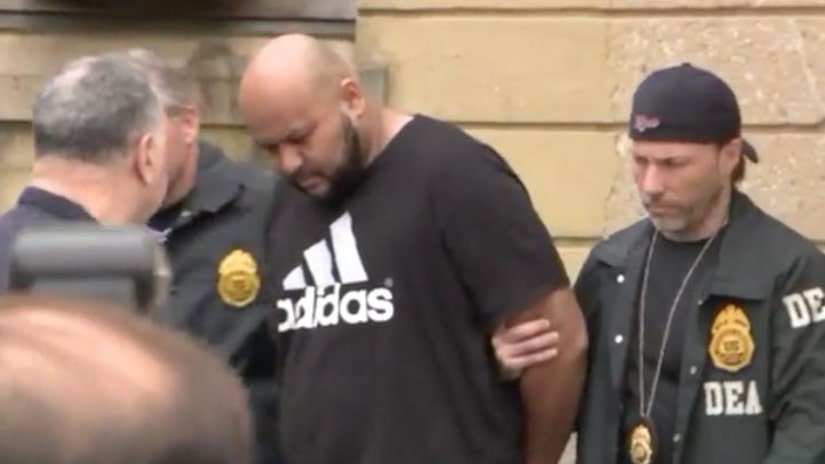 MINEOLA, N.Y. -- (WPIX) -- A major blow to gang violence was on display Thursday morning as federal and local investigators led Miguel Angel Corea Diaz, a 35-year-old alleged major regional leader of the MS-13 gang, out of lockup and into court, to be arraigned on a list of felony charges.

"He chose his victims like the Grim Reaper, killing everyone in his wake," James Hunt, Drug Enforcement Agency special agent in charge, said at a news conference following Corea Diaz's arraignment.

"Reaper" is the nickname that Corea Diaz chose for himself. Detectives say that the native of El Salvador moved to Maryland and built a crime and violence empire. It included both murders and drug deals on behalf of the MS-13 crime organization, of which he is a key member, according to the prosecutor.

FULL STORY: Will 'one of the biggest takedowns of an MS-13 leader in the U.S' stop the violence? - WPIX