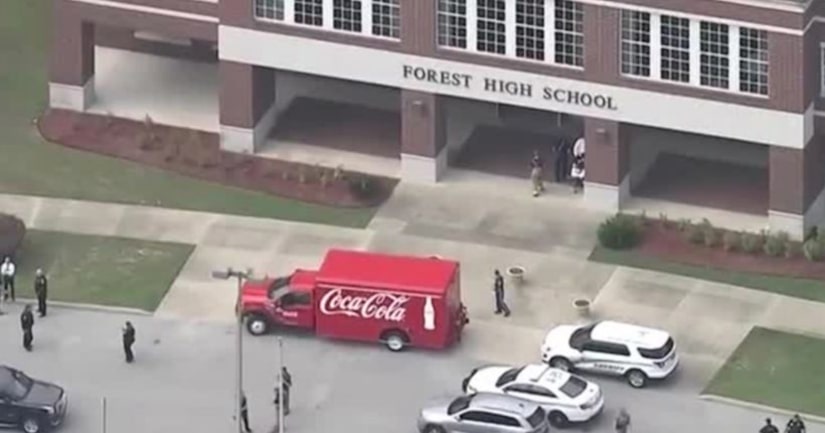 OCALA , Fla. -- (WPTV) -- One student shot another in the ankle at a Florida high school and a suspect is in custody, authorities said Friday.

The Ocala Star-Banner reports the shooting happened Friday morning at Forest High School, which was put on lockdown. The injured student was taken to a local hospital for treatment.

Police say the suspected shooter is also a student at the school. His age was not immediately available.

The shooting happened as students around the country prepared to walk out to protest gun violence on the anniversary of the massacre at Colorado's Columbine High School.

Chris Oliver said his 16-year-old son, a Forest student, told him the shooting happened near his classroom. The boy told Oliver the shooter was standing in a hallway and shot at a closed classroom door. The shooter then dropped an unspecified weapon, ran and tried to hide, the boy told his father.