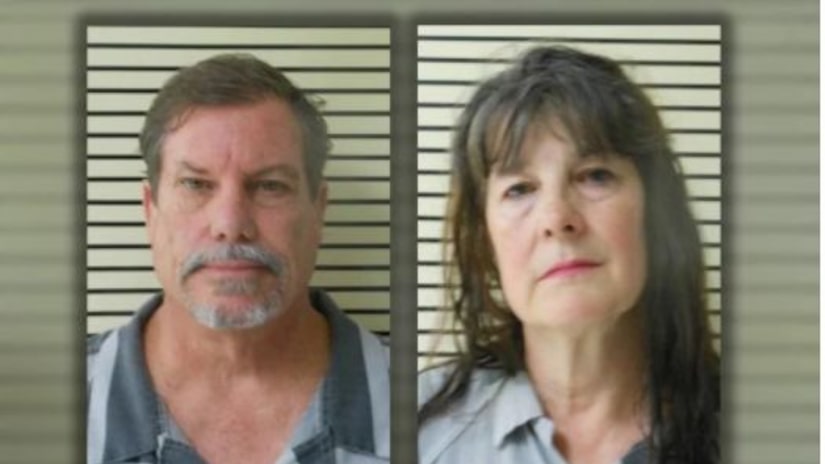 BROKEN ARROW, Okla. -- (KFOR) -- Authorities discovered that a 5-year-old boy was allegedly being sexually assaulted while investigating the death of a 1-year-old boy.

On March 30th, Wagoner County deputies were called to reports of an unresponsive baby at the home of William “Bill” Woolley, 59, and Lisa Woolley, 56.

The 13-month-old boy was pronounced dead.

During an autopsy, the state medical examiner discovered that the baby appeared to have been physically and sexually assaulted, the Wagoner County Sheriff's Office stated in a news release.

Investigators immediately requested assistance from the Department of Human Services, which removed a second relative, age 5, from the Woolley's home.

Officials say investigators arranged for forensic interviews and examination by a nurse who specializes in sexual assault.

Through the interview process, the 5-year-old said William had sexually assaulted him, and that Lisa Woolley had witnessed it.

“You just never know what a thorough investigation will uncover,” Sheriff Chris Elliott said. “We went in with open minds and eyes wide open, and in trying to determine how we lost one innocent child, we learned we needed to protect another.”

Authorities say that based on the 5-year-old's disclosures and other corroborating evidence, the Wagoner County District Attorney's Office obtained arrest warrants for Bill and Lisa Woolley.