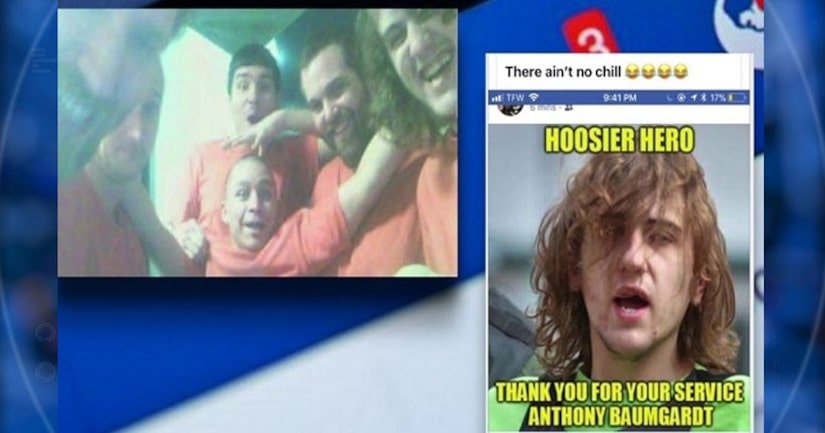 "Outright despicable. It makes me sick to my stomach that this can reach social media," said Boone County Sheriff Mike Nielsen.

The pictures show 21-year-old Anthony Baumgardt and his fellow inmates laughing and posing.

One image even describes Baumgardt as a "Hoosier Hero".

"I don't like hearing that. It makes me uncomfortable. Because I don't know why anyone would call him a hero," said Sydnie Graves, Boone County resident.

Baumgardt is behind bars in Hamilton County. According to the sheriff there, people visit inmates by video and they can share pictures with those they visit with.

"He has rights we have to honor like we have to honor with any other pre-trial inmate. We are gonna monitor the situation. Monitor Mr. Baumgardt's activities," said Hamilton County Sheriff Mike Bowen.

Baumgardt's attorney, Allan Reid, told Scripps station WRTV in Indianapolis, "It is not mature, respectful behavior considering the tragic circumstances of this case. And I will talk to him about it."