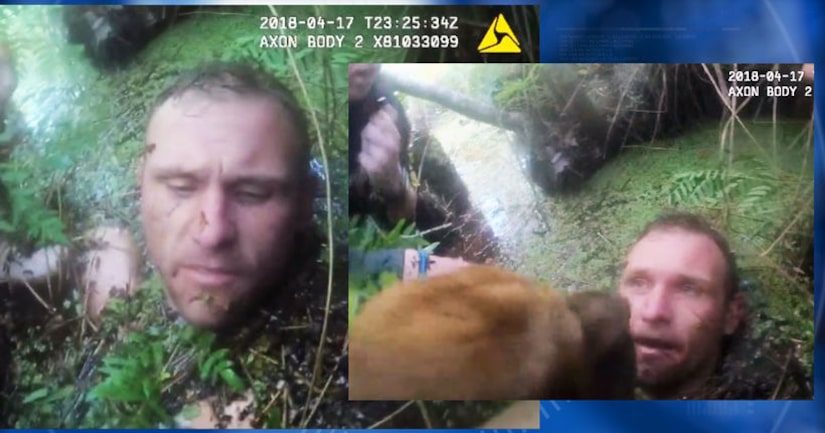 PASCO COUNTY, Fla. -- (WPGH) -- A K-9 and two deputies certainly earned their hazard pay after capturing a man who was up to his neck in a muddy swamp in central Florida.

The Pasco County Sheriff's Office says it all began when deputies tried to stop a speeding driver on US 41 Tuesday. The driver, identified as Paul Andrew Smith, was wanted for a case out of Hernando County. After nearly hitting deputies with his car during the short pursuit, the sheriff's office said Smith bailed out of his car and ran into a swamp.

K-9 Knox, Deputy Rob Wilkins and Cpl. Andrew Denbo followed and found Smith up to his neck in gunk. Before hauling Smith away, the K-9 gave him a couple dog kisses.

The sheriff's office says Smith is now facing charges of fleeing to elude, aggravated assault on a law enforcement officer and violation of probation.

FULL STORY: VIDEO: Suspect up to his neck in Florida swamp - WPGH