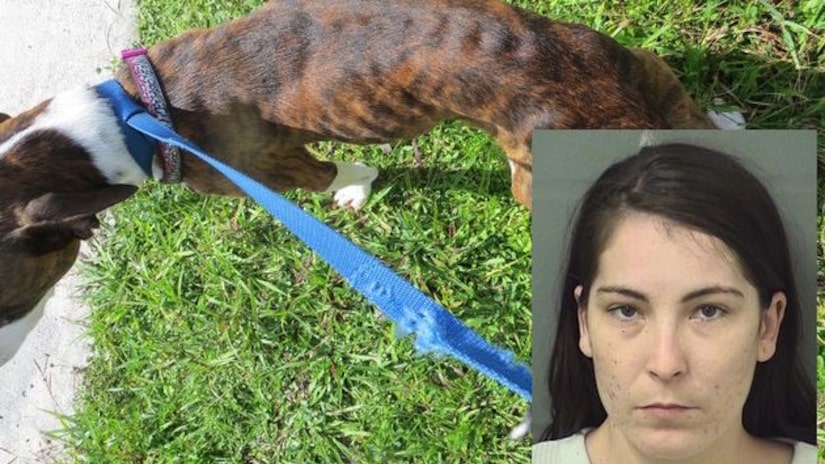 Jessica Pyfrin, 29, left her dog to starve when she was evicted from her suburban Lake Worth home, according to a Palm Beach County Animal Care and Control report.

Palm Beach County Sheriff's Office deputies evicting Pyfrin from the home near 3900 block of Pensacola Dr on June 30, 2017 found a gray and white pit bull inside the home left behind, the report states. Deputies contacted ACC, who impounded the dog.

The dog's tag on its collar had Pyfrin's phone number on it said the dog's name is Viviana.

A veterinarian evaluated the dog and reported she was underweight. She had no body fat and her bones were sticking out.

Records show ACC investigated Pyfrin for possible animal abuse in the past. ACC received an anonymous complaint about Pyfrin having an emaciated dog with skin lesions in 2016.

Paws2Help, non-profit veterinary clinic, cared for the dog but Pyfrin took the dog home. The dog later died from its injuries, the report states.

Officers found Pyfrin had another dog with a skin condition but appeared to be a healthy weight. She was given a violation for the dogs not having rabies vaccines and county tags.

Viviana gained 14 pounds in just over two weeks while in ACC care. She is healthy and was adopted, according to a spokesperson for ACC.

A warrant for Pyfrin's arrest was signed in September and she was arrested and booked into the Palm Beach County Jail on April 17.