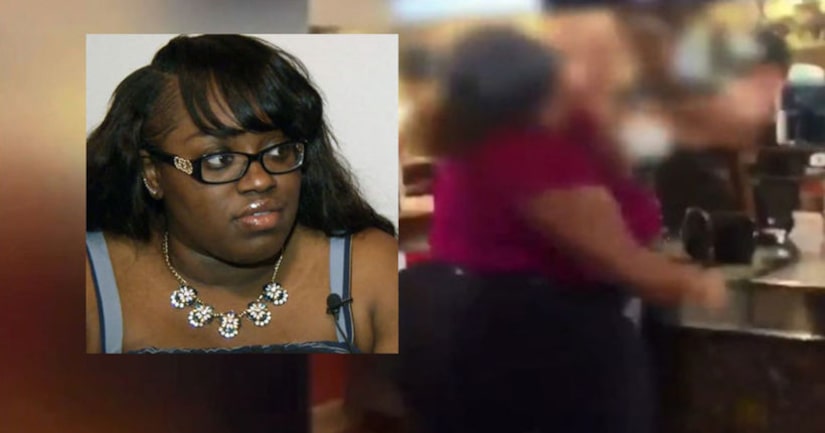 JACKSONVILLE, Fla. -- (WJXT) -- The manager of a Jacksonville McDonald's who was seen in a viral cellphone video slapping a customer found out Tuesday she was fired, News4Jax has learned.

"I can't believe this," an emotional Ciarrea Williams told News4Jax in a phone interview during which she acknowledged her termination.

McDonald's terminated her nearly eight years of employment with the fast-food chain following a company investigation into the video. Williams said she was not given an exact reason for her firing.

But soon after losing her job, Williams said, she started receiving job offers from employers who felt sympathetic when they heard why she went after the customer.

"Maybe God let this happen to say, 'Ciarrea, this is enough of you being at McDonald's. All the hours you worked and days you put in, all the time you missed with your kids and family,'" Williams said. "Maybe today was it for me."

The violent confrontation between Williams and a customer unfolded April 12 at the McDonald's location on Beach Boulevard near St. Johns Bluff Road, according to a police incident report.

A second customer filmed the encounter and uploaded the video to social media. The video shows Williams walk out from behind the counter and slap the first customer twice across the face.

She contends that the video does not tell the entire story. She told police she was provoked by an unruly customer, who grew upset and began hurling racial slurs while she waited for her order. According to the police report, Williams also told officers the customer "stated, 'I can't wait for Donald Trump to be president so I can own one of you!'"

"It's very shocking and sickening to me," Williams said Tuesday.

Williams said things escalated when the woman threw a drink at her, according to the report. She said the video begins with her retaliation to that provocation.

Williams opened up to News4Jax about the incident the next day. During that interview, she said she was ashamed of her behavior, and she issued a public apology to her employer and family.

“It's embarrassing," Williams said. “I would like to apologize to my head boss, which is my store owner, my co-workers, my team, my family and my kids."

That apology is what Williams led to her receiving six different job offers from employers. She said Tuesday that she believes her on-camera interview allowed people to see the real her, and impressed at least one potential employer who was impressed at how she was able to publicly apologize for her actions in a very sincere way.

"If you see me in the first video, you're thinking, 'Who is that? She's a caged animal,'" Williams said. "Then in the second video, if you know me, then you know that was genuine. That was me."

Three hours after Williams was fired, she was already interviewing with one of the employers who reached out to her.

News4Jax has not been able to identify the customer, but sources said she is employed by a very reputable company in Jacksonville. So far, she has not come forward with any comments.