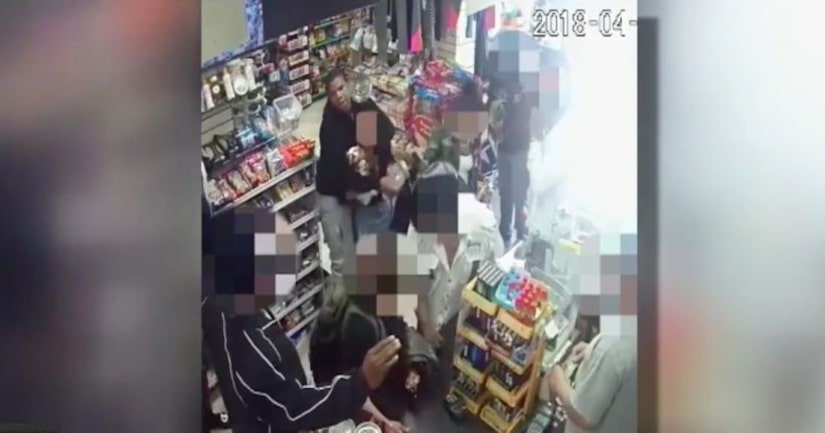 WARNING: This video contains content that may be disturbing to some viewers.

The Cocker Spaniel puppy later died from his injuries.

According to the San Francisco Police Department, the suspect, 23-year-old Delos Pierre Gallon of San Francisco, was with the dog's owner at a store on Turk Street Saturday around 11:40 a.m.

Police say Gallon and the woman were arguing in the store when he started to throw canned goods at her.

Authorities say Gallon then grabbed the woman's puppy named "Prince" and "forcefully slammed the puppy onto the floor of the store," according to a statement by police.

Prince was taken to San Francisco Animal Care and Control for treatment but later died from his injuries.

Police say he also has a prior arrest for firearms violations and should be considered dangerous.

Anyone who sees the suspect should call 911 and be prepared to provide his current location and a description.

Anyone with information is asked to contact investigators via the SFPD 24-hour tip line at 415-575-4444.