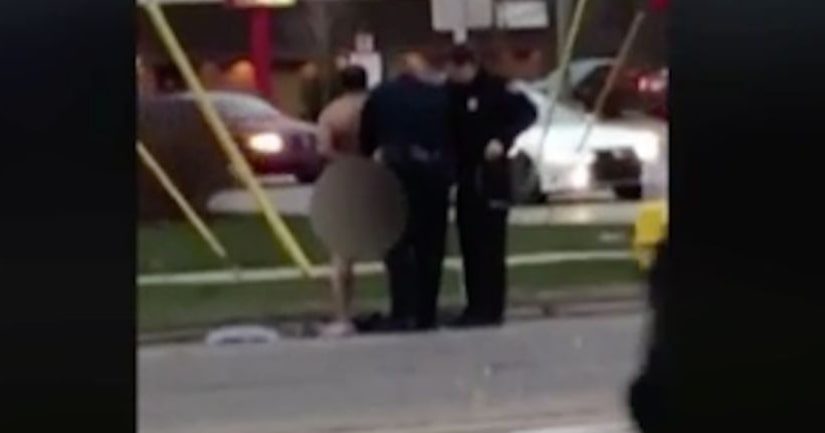 WESTLAND, Mich. -- (WXYZ) -- A naked man was arrested at the scene of a five car accident in Westland on Tuesday night.

The man was arrested after he got out of his truck, stripped down and started dancing in the street.

The crash happened at the intersection of Wayne and Warren in Westland. Video was posted to Facebook shortly after the crash.

Police have not yet said why the man was acting so erractically.

One person involved in the crash was taken to the hospital for treatment. No other serious injuries were reported.