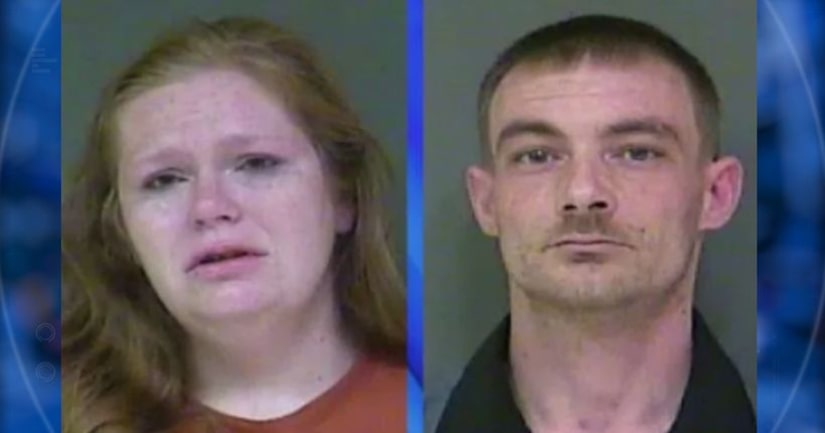 Four children were taken to a hospital last week and their caregivers, 32-year-old Christopher Smith and 29-year-old Chantelle Oliver, were arrested. Smith and Oliver are charged with neglect of a dependent resulting in injury, obstruction of justice, and two counts of intimidation. In addition, Smith faces four domestic battery charges.

According to court documents, the Department of Child Services child abuse hotline received several anonymous calls about the couple. The tips said Smith was physically and verbally abusive to four children who lived with him while Oliver didn't do anything to stop it.

Smith often punched the children and pulled their hair, court documents said. Sometimes he slapped them.

Caseworkers looked into the accusations and spoke with the four children. They were reluctant to talk because they feared for their safety and were worried about retribution from Smith. The children eventually opened up, court documents said.

One child said Smith once pushed her head into a wall, leading to a bloody nose. Another said he punched her in the face because she ran past a fire pit in the backyard to pick up a ball. She told investigators Smith grabbed her by the hair and hit her during the incident.

The children said Oliver didn't do much to protect them from Smith and his aggressive behavior. Relatives reported seeing Smith's behavior and told investigators that Smith used methamphetamine and marijuana while the children were present, court documents said.