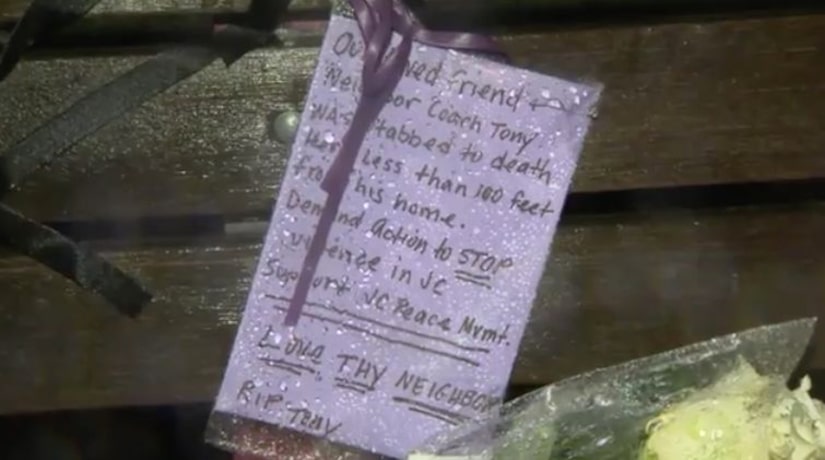 Anthony Bello died after what police described as an altercation in Pershing Field.

As president of the local little league, Bellow was a fixture in the park.

He was fondly remembered by former student Sheldon Gochiz, 26. Gochiz took Bello's history class when he was in middle school.

"You always see him around, you always say hi, but to have him pass away like that, brutally murdered, actually hit me now," he said. "We definitely lost a man of the community."

His family said they believe the Jersey City Police Department and the Hudson County Prosecutors Office are doing everything they can to find whoever is responsible for Bello's death.