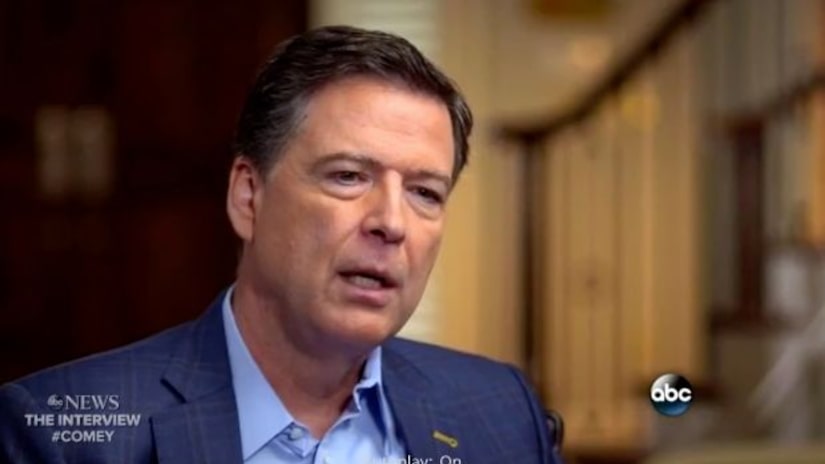 WASHINGTON, D.C. -- (WXYZ) -- Former FBI Director James Comey says he thinks it's possible the Russians have compromising information on President Donald Trump, that there is "some evidence of obstruction of justice" in the president's actions and that Trump is "morally unfit" for office.

Comey's comments in an ABC News interview that aired Sunday were almost certain to escalate his war of words with the president and further erode a relationship marked by open hostility and name-calling. Hours before the interview aired, the president, who fired Comey last year, unleashed a Twitter outburst that labeled Comey "slippery," suggested he should be put in jail and branded him "the WORST FBI Director in history, by far!"

Comey's televised remarks, coupled with the release of his forthcoming book, offer his version of events surrounding his firing and the investigations into Russian election meddling and Hillary Clinton's email practices. Several of the episodes he describes in detail, including a private conversation about former White House national security adviser Michael Flynn, are central to special counsel Robert Mueller's investigation and his recollections are presumably valuable for prosecutors examining whether the president's actions constitute obstruction of justice.