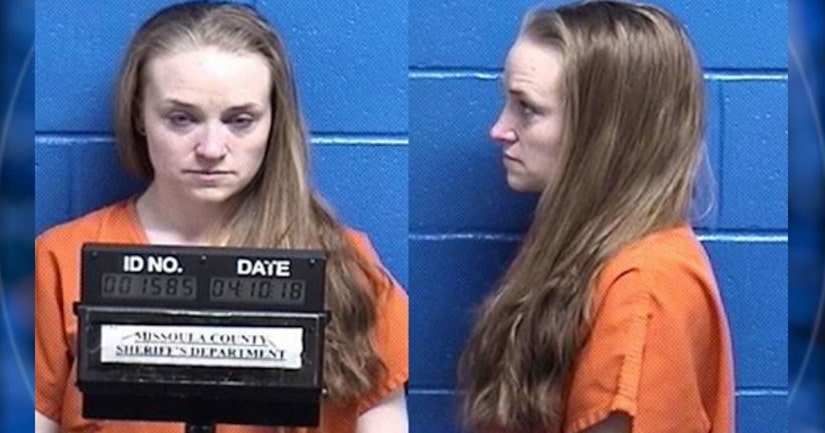 MISSOULA, Mont. -- (KTMF) -- A drug cleanup expert estimates that a YMCA daycare has been permeated with methamphetamine fumes and the cleanup could cost more than $80,000.

Court documents released Thursday give more details on the recent case of a daycare employee arrested for bring and using meth at work.

According to court documents, another employee caught Heinz in the daycare's laundry room, hiding in a large cabinet and carrying what looked like a drug kit.

Police responded and say they discovered that Heinz had set up the cabinet as a small area for using drugs. The double cabinet was found with a a battery-powered light inside, small shelves, cloths stapled in to serve as makeshift curtains, and eye hooks that could keep the cabinet doors closed shut from the inside. A small black air filter with "sparkly beads on it" was attached to the inside of the cabinet as well. Police also found a small glitter case containing snort tubes, lighters, glass pipe and a 5.2 gram container of methamphetamine crystals.

Police believe Heinz set up the cabinet as a "drug den" to climb inside and use methamphetamine. A police sergeant interviewed Heinz and searched her bags, and found other drug paraphernalia including a small mirror and knife with white residue.

Court documents say Heinz told police that she had a prior history of opioid pill and heroin. She also reportedly told police she had decorated the laundry room cabinet as an area to "go on breaks and get away."

Police arrested Heinz and she was booked in Missoula County jail.

Drug cleanup expert Lee Yelin of Water Rights, Inc., responded to the Learning Center and did initial surface tests. Yelin testified that besides the cabinet, it appeared that Heinz also smoked meth in the employee bathroom and exhaled into the vent fan. Yelin says tests showed that meth fumes permeated the entire Learning Center, and every room tested positive for meth contamination, specifically the infant room. He estimated that cleanup costs could exceed $80,000.

Heinz is charged with endangering child welfare, criminal possession of dangerous drugs and criminal mischief. She appeared in front of a Missoula County Justice Court judge Thursday afternoon. Her bail is set for $30,000.

The YMCA sent an email to parents to notify them about option to have their children tested for meth exposure.