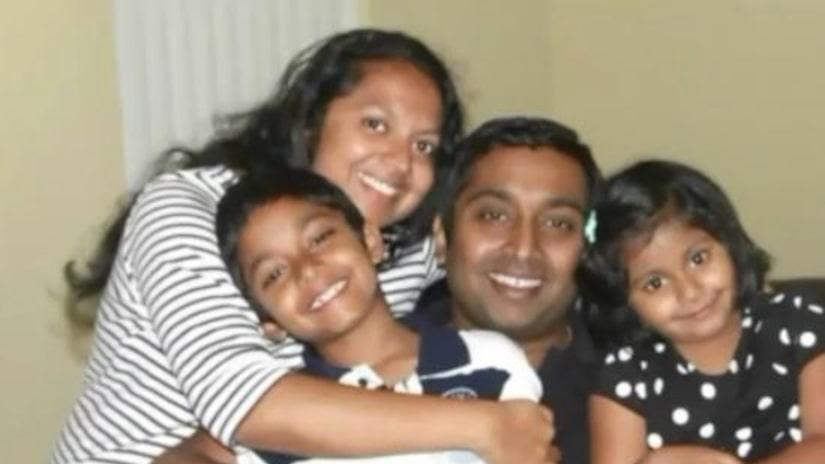 MENDOCINO COUNTY, Calif. -- (KTLA) -- Personal items and parts of a vehicle belonging to a missing Valencia family were found this week in a flooded Northern California river amid a continuing search for bodies, officials announced Thursday.

Search teams scoured through 12 miles of the swollen Eel River using long poles, inflatable boats and a sonar system over two days but did not find the maroon Honda Pilot the Thottapilly family was traveling in.

Parts of a vehicle consistent with a Honda were found, as well as “various personal items that were consistent with a family traveling on vacation,” according to a news release from the California Highway Patrol. The items were identified by family members as belonging to the Thottapilly family, officials said.

The family, Sandeep Thottapilly, his wife Soumya, 38, and the couple's two children, 12-year-old Siddhant and his 9-year-old sister Saachi, began a trip to Portland, Oregon from their Valencia home on March 30.

They were expected to get to a family member's home in San Jose on April 6, but did not show up. The family was reported missing that Sunday.

Authorities did not elaborate on items that were found in the river this week, but said that a vehicle seen going into the river on April 6, when a massive storm swamped areas of Northern California.